Lining along a seven-mile stretch, the lifeguard towers draw inspiration from the Art Deco style that rendered the design history in Miami Beach.

It is not just the pastel hues of the sky that make the city beautiful, the vivid visual odyssey of Miami Beach in the United States of America chairs a spectacle appertaining its pop culture, modern architecture and a tale of consciously curated city identity. Miami Beach, owing to its rich cultural history and a typically prevailing Art Deco and pop architectural style, is now home to 36 newly completed lifeguard towers. These elements of a genius loci were designed by architect William Lane, as a rendition of their original take on classical lifeguard towers from 1995. The photo-worthy towers are placed across a seven-mile stretch from the southern tip of Miami Beach until the northern edge of 87th street. The towers, though predominantly utilitarian, add to the collective experience of a sunny day at the beach while complimenting the glimmering shore, the colourful umbrellas, sun worshippers, seagulls and even the swimmers!

The lifeguard towers, like many of Miami's resorts in the 1950s that are indelibly the bearers of the city's architectural history, convey an artistic mood with their unique forms and kaleidoscope colour palettes. “They are activators of public spaces—in this case, of the beach. They are anthropomorphic and provide the shoreline with a unique formation of characters that are an expression for the identity and culture of the region,” says Lane as he compares the towers to sentries on the seashore and the massive stone Moai statues on the Easter Island in Chile.

Lane's lifeguard towers are noteworthy not just for their near-mimetic structures but for how they make one reminisce and appreciate the architectural style that renders an artistic identity to the city. The primary school of thought to address, upon looking at the six prototypes and their alternate colour schemes, is how each one of them has taken up elemental references from different buildings and constituents of the city situated across the historic Art Deco district, the Ocean Drive and the beach. Lane also cites a mix of influences, inferences and traditional design aspects of typical lifeguard towers all through their evolutionary years and exhibits a visual attraction which well-contributes to the image of the city.

Even though each stand has a unique personality, they are all connected by structural and functional aspects. The upper observation deck and cab of every tower, with a 260 square foot area, stands eight feet above ground level and is sheltered by a four feet overhang. Instead of being anchored to the sand, the bases are mounted on sledges crafted with a marine-grade lumber, reinforced by galvanised steel struts. This model then allows manoeuvrability — especially catering to unforeseen natural disasters during which the towers can be temporarily relocated behind the dunes. The top cabs are built with a characteristic tongue and groove cladding and a wooden frame. All have a curved standing seam aluminium roof that rolls and bends to create unique profiles. Drop-down wood shutters, impact-resistant windows, longboard storage, and beach caution flags are all interwoven into the design, resulting in a succession of life-like architectural figures.

Discussing the first of the six prototypes named 'Curl', the elemental influence is recognisable with the roof that is created as a blazing bright curl or perhaps the famous curlicue pattern as observed in the fountain motifs all across the city. The sinuous roof features a distinct deco character with clean and simple curves and contrasting colours. Red surfaces paired with orange edges, mauve complimenting wooden architecture using pale violet and even parrot green matched with lemon yellow, the stands appear to be strategically nestled between the ocean and the dunes as a subtle semblance of a retro-futuristic culture.

While the Curl tower holds character similar to the painted relief motifs, another notable piece of architectural history is observed in the form of the 'Round' Lifeguard stand with its disc-shaped roof. Drawing inspiration from the tower that Lane designed in 1995 in collaboration with artist Kenny Scharf, the prototype is a rendition of Lane’s emblematic addition to the Miami Beach shoreline post-Hurricane Andrew. The design is simple, minimal and uncomplicated with its well-rounded circular structure. It is the closest to any usual lifeguard stand or tower in terms of design but is strikingly different owing to its colourful exterior.

The vision proposed by the architect for the functional shore towers extends even further with the 'Wave' and 'Cap' designs. While their individual names suggest resemblance to the beach waves and a cap, the near-identical curved roofs draw parallels to the iconic 'eyelashes' or curved window ledges of the numerous Art Deco buildings across the city. As observed in the soft grey ledges of the renowned Carlyle Hotel, which has been a luxurious sight in many Hollywood movies, and also the streamline-moderne pastel blue overhangs of the Colony Hotel, the roofs of the prototypes are designed to suit the peculiar ledges which are whimsically referred to as the "eyelashes of the window-eyes" due to their shape.

A change in the scenery occurs just as any beach lover comes across a pop of avant-garde art in the form of the 'Star' and the 'Crown' styles of Lane’s lifeguard towers. The striking, pop-coloured and near-comic towers elevate the ordinary image that is often associated with a lifeguard tower and serve an assortment of visual treats in the form of commercial architecture. The two prototypes in the discussion, comprising a dozen vivid variations, have roofs with a striking resemblance to the pop thought bubble. The design is symmetric, edgy, and unusually shaped and coloured, thus making these towers symbolic and photogenic.

Lane, the founder and principal of William Lane Architect located in Miami Beach, Florida, has been practising design for over three decades. The firm has previously been awarded an AIA Florida Merit Award of Excellence for the Miami Beach Lifeguard Towers while bagging multiple awards for other iconic projects. As a renowned designer and architect, Lane has always focused on instilling a creative narrative and form into the built environment while expressing the potential of the surreal in the city. His inferences are sharp and in sync with the cultural history while offering a contemporary take on traditional designs. 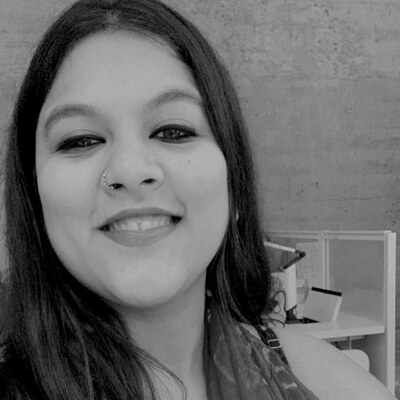 Raintree House by Studio Saxe is a retreat nestled in a lush Costa Rican jungle Jan 12, 2023