Working alongside various NGOs, Sustainable Mountain Architecture collaborated with the community to improve the living standards for expecting mothers of Silinge.

Silinge lays in the middle of nowhere. An 11-hour nerve-wracking drive from Kathmandu, Nepal, takes one into gorgeous jungle surroundings which are home to the Chepangs, a tribe marginalised and neglected by the state. This semi-nomadic tribe, which settled down only half a century ago, did not develop a rich building tradition like the Newars or the Gurung. Agro-forestry is their main source of livelihood. Girls get married young and what’s left of the young boys go abroad to the Gulf countries looking for employment. After the massive 2015 earthquakes, which destroyed half a million buildings, including all of Silinge, two NGOs(1) felt a need for change and invited us. Our Sustainable Mountain Architecture team embarked on an inclusive architectural journey of recovery and reconstruction.

While architecture in the 20th century became perhaps too much about star-architects with a focus on creating massive sexy urban shapes in glass, aluminium and steel, many started to feel that architects should re-embrace the human scale and the social function of 'making space'. Leaving London behind, I started practising architecture based on anthropology, combined with embracing local materials and techniques. My material palette began to embrace adobe, stone, lime, brick, timber, bamboo, copper and so on. Coined by some as the New Materialists(2), I felt this direction of ideological vigilance could unearth and redefine power relations. It should be possible to create more meaningful, more humane work. Ernest Dimnet, a French priest, writer and lecturer had expressed this elegantly - "Architecture, of all the arts, is the one which acts the most slowly, but the most surely, on the soul".

The first meeting for making an earthquake-resistant model house for the Chepangs was a disaster. Ill-prepared, we tried to show digital renders to community members who had never seen a laptop and we tried to explain earthquake-resistant technology. After licking our wounds, we rethought and re-calibrated. The next meeting was much better; we started to work with the community members and created a participatory design process, a 1:25 scale model. They insisted to continue their traditional food conservation through smoking. With serious eye and lung problems, they greedily embraced the models which prevented smoke and soot from coming into the living and sleeping spaces. Co-creation was occurring. The ultimate outcome was a basic house of local materials, so they could construct it themselves. We incorporated a ring beam, cross bracings and horizontal tie beams to ensure structural resistance to future earthquakes. We successfully made them a part of the making. At the time of penning this article, up to 38 families have replicated the design.

The earthquakes had also affected many schools. This became our second task in this region, to design a new school typology and make one pilot project in this steep-sloped context. According to the children and teachers, their own 'School in the Sky' is a success and education was restored. After the completion of the school building, we embarked on arguably the most challenging task - a centre for maternal and infant health. Eighty per cent of the girls in Chepang communities get married by the time they are 15 and 90 per cent of them give birth at home(3), leading to poor maternal and infant health. With the nearest health station more than a five-hour walk away, the Chepang women, and even men, have little to no access to health services(4).

When the two NGOs approached us, they had no experience in making a health centre. So we began with a heartfelt conversation with the local women - the future users. With their feedback in hand, we took up this challenging task but figured that a standard typology of maternity centres has never existed in Nepal. For a well-functioning rural maternity centre, Prof. Anne Feenstra's invaluable experience cultivated from the five UNICEF Maternity Homes(5) he has designed or supervised with AFIR in Afghanistan (2008-2011), helped everybody understand the program better. Comfort and hygiene were of prime concern. And so was the emotional vulnerability of pregnant women during this challenging yet beautiful phase of their lives. Asking all the right questions and after numerous consultations with future users, we came up with three design starting points.

According to UNICEF, sharing collective experiences of women in their individual journeys of pregnancy helped reduce stress levels dramatically. So we designed the centre with spaces and corners that stimulated conversations, both inside and outside the built structure. This varies from a well-equipped room for two to a ramp touch-down area fully surrounded by the landscape. An anxious new mother and an experienced one can share their joy here and shed happy tears too.

During the hot months, the temperature reaches nearly 40 degrees in Silinge. We have designed triangular-shaped 4.1m high ceilings to allow the warm air to rise up. Small apertures in the rooms ensure privacy but allow enough light and cross ventilation. In the landscape, we designed patches of medicinal plants and herbs, as well as fruit trees to ensure women would get the additional nutrition they need.

The journey of pregnancy is as dear to the families, as it is to the expecting mothers. Standard health facilities lack a comfortable sheltered outdoor waiting area. But the need for family members to be close by and recuperate this state of distress is evident. We designed an airy, covered waiting area in the central block with comfortable benches for them. Around 25 people can now sit, eat, chat, dream, sleep or simply relax here.

Situated just below 1000 m altitude in Makwanpur, Southern Nepal, the site for the Silinge Maternity Centre is surrounded by open agro-forestry lands. The overall slope is five meters and on a clear day, one can see the majestic Himalayas to the North East. Instead of a static master plan, we proposed a dynamic scenario with three comfortable pavilions with 11 beds; two of them are raised on stilts that allow the existing lush landscape to continue to flourish. The water can flow, the bees can buzz and the frogs can hop on. A central ramp forms the spine which connects all three pavilions.

At SMA, we have always prioritised the idea of 'design with nature'. In the Maternity Centre, we designed with the wind. The curved corners of the pavilions allow a free flow of the wind and the stagnant cooling blanket of air under the pavilions raised on stilts make the floors a comfortable element of the structure.

The butterfly roofs are carefully detailed in local slate(6). They collect precious rainwater on the horizontal roofs of the bathrooms. The walls are a combination of standard RTB (Rat Trap Bond(7)) and patterned brick expressions that reveal themselves on the inside as a user-friendly wall. On the outside, they form a welcoming landing spot for the birds and a basking spot for lizards.

During construction, we had to overcome several challenges including the COVID waves. Technically, it was painstakingly difficult to get the RTB walls up. Only after demonstrating a series of 1:1 mock-ups on-site, were the local masons able to replicate this novel method. We declined their pleas to just make a full brick wall as we were not willing to compromise on the future comfort of the Chepang women. Once the building was put to use on November 10, 2021, everybody understood what the combined air gap in the walls and the cold air buffer under the building achieved. A comfortable homey environment. The whole community, women, men and children alike are getting their regular health checkups done. At the time this article was written 8500 of them have visited the centre.

Ernest Dimnet’s work in the 1930s focused on thinking and reasoning in a period of great global uncertainty. Almost a century later, we seem to be in a similar situation. Perhaps we need to think about what we can, as practicing architects, and teachers of architecture can do. Can we go beyond architectural extravagance? At SMA we have consistently conceived and delivered projects using architecture as a tool to support inclusivity. We believe meaningful projects can contribute to bringing intimacy back into the design vocabulary of the 21st century. We have been fortunate to work side by side with the Chepang women, midwives, community and NGO members for their advocacy and it gives us a deeper sense of design satisfaction to see the very real contribution to the improvement of their lives.

The Earth House in Gujarat, India, advocates for local ingenuity with rammed earth 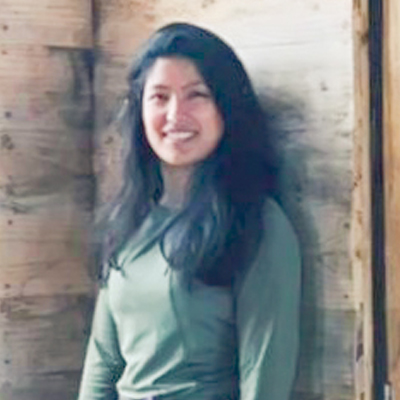 Trained at Nepal's renowned Tribhuvan University, Institute of Engineering, Rabita graduated in 2016. After working on several interior projects, she joined Sustainable Mountain Architecture (SMA) in 2019. Rabita presently works on community and health projects in India and Nepal. Besides practicing architecture full-time, she is an avid reader and a travel enthusiast.

Trained at Nepal's renowned Tribhuvan University, Institute of Engineering, Rabita graduated in 2016. After working on several interior projects, she joined Sustainable Mountain Architecture (SMA) in 2019. Rabita presently works on community and health projects in India and Nepal. Besides practicing architecture full-time, she is an avid reader and a travel enthusiast.