STIR stands in solidarity with the people of Ukraine, and brings you some visceral words from Dancing in Odessa, a book that articulates the land’s timeless culture and essence.

To the rhythm of snow
an immigrant’s clumsy phrase fall
Into speech.

We lived north of the future, days opened letters with a child’s signature, a raspberry, a page of sky. My grandmother threw tomatoes from her balcony, she pulled imagination like a blanket over my head.

I painted my mother’s face. She understood loneliness, hid the dead in the earth like partisans. The night undressed us (I counted its pulse) my mother danced, she filled the past with peaches, casseroles. At this, my doctor laughed, his granddaughter touched my eyelid – I kissed the back of her knee. The city trembled, a ghost-ship setting sail. And my classmate invented twenty names for Jew. He was an angel, he had no name, we wrestled, yes.

My grandfathers fought the German tanks on tractors, I kept a suitcase full of Brodsky’s poems. The city trembled, a ghost-ship setting sail. At night, I woke to whisper: yes, we lived. We lived, yes, don’t say it was a dream. At the local factory, my father took a handful of snow, put it in my mouth. The sun began a routine narration, whitening their bodies: mother, father dancing, moving as the darkness spoke behind them. It was April. The sun washed the balconies, April.

I retell the story the light etches into my hand: Little book, go to the city without me.

In the beginning was the sea – we heard the surf in our breathing, certain that we carried sea water in our veins. A city famous for its drunk tailors, huge mausoleums of rabbis, horse owners and horse thieves, and most of all, for its stuffed and baked fish.

In Odessa, language always involved gestures – it was impossible to ask someone for directions if their hands were busy. I did ask once: a man was holding two huge watermelons, one in each arm.

But as I asked more questions, his face grew red and ah! one watermelon fell on the ground as he attempted to gesticulate through the conversation. He was not disappointed, a man of fifty staring at the juicy watermelon meat right there on the sidewalk. He laughed like the most serious child I ever knew, telling me the story about the country where everyone was deaf.

I bless the boat from Yalta to Odessa and bless each passenger, his bones, his genitals, bless the sky inside his body, the sky my medicine, the sky my country.

(The images of artworks that accompany these excerpts are the kind courtesy of award-winning Ukrainian artist, Maria Kulikovska, whose self-sculpted works reflect her life in relation to forced migration, exile, war, and being a woman in a patriarchal society. “I was under bombing in Kyiv and then travelled with my newborn baby and family up to western Ukraine, where there is still no war,” she shares with us.)

Excerpted with the permission of the author.

Songs from the cellar: Ukrainian creators bare their hearts ahead of Triennale Milano 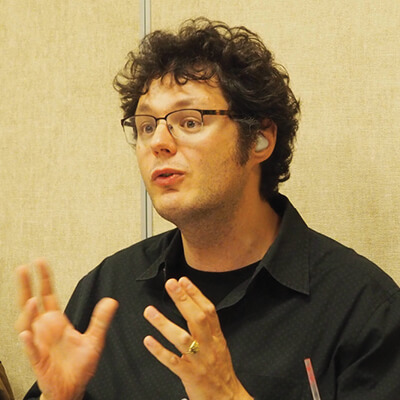 RHAMESJAFACOSEYJAFADRAYTON is a continuation of the artist's engrossment with Black music by focusing on a larger narrative, expressed through the lives of its protagonists.

THAD uses parametric architecture, to build among the valleys of Jiuzhaigou Nov 25, 2022

Museum of Art and Photography inspires a conversation on museums as a typology Jan 11, 2023