Reflecting upon the recent economic and political crises in Sri Lanka through the lens of artistic interventions at ground zero.

On July 9, 2022, tens of thousands anti-government protestors from across Sri Lanka rushed into the presidential secretariat, spilling into the grand staircase of the neo-baroque building. This comes after over 90 days of a citizens' movement that has popularly come to be known as aragalaya (people’s struggle) with its epicentre outside the presidential secretariat, that is also the old parliament in Colombo. Demonstrations and occupation in the form of a protest ‘village’ called Gota Go Gama (named to oust the president Gotabaya Rajapaksa now in hiding) spreads toward the seafront area Galle Face Green surrounding the multi-billion dollar contested Port City project.

On the evening of April 17, a non-partisan group of cultural workers from a range of organisations collaborated to organise a monumental video projection-based protest on the façade of the secretariat. As the site is also an emblem of the regime’s gross failures to uphold constitutional values, terrorising the social fabric through divide and rule tactics, while running the country into bankruptcy. Projectors were discreetly set up along the pavement besides barricades used as forums by youth leaders of the struggle calling for a change in rule through direct peaceful action.

As the imperial building’s façade unexpectedly transformed into a suite of animated visuals signaling to building solidarity amidst the gridlock of years of ethnic violence, corruption and debauchery, an enthusiastic crowd gathered for this manifestation. Soon after an all-night Tovil ritual "Daha Ata Sanniya", a traditional dance ritual held to exorcise 18 types of diseases from the human body, was performed near-by—emerging from a combined Hindu and Buddhist lineage of migration, exorcism and healing ceremonies—involving percussion, masked dances, pyrotechnics and theatrical storytelling dating back to the sixth century. Now in a subversive and timely avatar calling for the uprooting of evil and suffering arising from misgovernance.

This is by no means an isolated moment of artistic engagement in the past months of resistance building. From the first spontaneous demonstration outside Gotabaya Rajapaksa’s private home on March 31, where over 400 protesters gathered, an image went viral. It depicts a young man wearing a helmet who walked up to and challenged the armed police for shielding the incumbent leader who had grown deeply unpopular and is known to have a terror-filled legacy as defense secretary of the nation during the final phase of the civil war. This young man was an anonymous citizen up until that point, one of thousands likely to be assailed by teargas canisters that have been fired at frontlines and exposed to the hardnosed surveillance network of the state. Later turned into memes and sketches, this figure operates as a floating signifier of a groundswell of dissent. Gota Go Gama features an art gallery by the sidewalk and installations regularly appear as monuments marking discontent, also remembering those who have been victims of the outgoing regime. These creative emblems are also rooted in aspiration and summon ‘never to forget’ in a post-war landscape of forced amnesia. Soon a library and screening pavilion dubbed ‘Teargas Cinema’ were erected on this site. Close by, at a legal aid caravan lawyers and students are in regular discussion, especially as those closely associated with the aragalaya are routinely arrested and under scrutiny.

Processions involving masquerade, a pride march, teach-ins, and forms of traditional theater from various collectives have regularly been held on the grounds around Gota Go Gama, Independence Square and other protest sites throughout the island. The pulse of this struggle is dispersed through a stream of multi-lingual and multi-genre music from rap to sentimental anthems that get fed through loudspeakers at Gota Go Gama, YouTube as well as TikTok profiles often spliced with found footage and live feeds.

While media attention has often remained focused on Colombo, students and civil society actors have been inventively resisting in several provinces even as acute fuel and food shortages bring the country to a grave slowdown. Deaths in fuel queues and hunger are becoming a frighteningly common plight. For the protests and occupation of July 9, social media clips and reports emerged revealing people seated on the top of train carriages and commandeering trains toward Colombo after a surprise curfew was imposed at 8:30 pm the previous night, then lifted after opposition leaders and the Bar Association of Sri Lanka declared it illegal. Nearly every vehicle, be it a pick-up or a gas truck, was filled with people seeking to converge for the mass protests, now spilling across the city.

The contemporary cultural scene in Sri Lanka is largely informal and self-organised. Artists and pedagogues have played a vital role in sustaining artistic expression through wartime and there has remained an imbalance in state support for craft forms that largely retain the iconographic supremacy of Buddhism in the public eye and as tourist offerings. The use of public spaces for cultural expression is a mode of maintaining progressive visions despite this quagmire. What the recent sites of resistance building have shown us once again is the revitalising impact of collective action, and it is a creative resurgence that is hard to squash. In order to stay inclusive the cultural industry must further de-center from the capital city and engage across class divides as these civic mobilisations have done.

An opposition Member of Parliament recently tweeted: “We reliably learn that almost 1,500 doctors may have left Sri Lanka in 2022. The below figures are applications for ‘Good Standing Certificates’ from Sri Lanka Medical Council to get out of here.”1 This development comes as the country that imports 80 per cent of its medical supplies, has since two months already been unable to afford life-saving drugs and surgical equipment.2 The loss of medical experts and a further ‘brain drain’ across professions is likely to spiral in the coming months.3 Sri Lanka has already undergone waves of migration, exodus, and displacement with the Tamil community fleeing during the war and once again in recent months, be this to South India or distant Australia.

It will take all of the creative resources available to rebuild not just material infrastructure but also the collective will to continue carving artistic pathways for ethical futures where mutual trust can take root. An open spirit of creative inquiry, fair dealing, and recovery from past wrongdoings that have instilled deep-seated intergenerational traumas is the call of the times, beyond immediate transfer of power. For this, one hopes that the daring civic imagination at play now will continue to hone its commitments with an artistic temperament, charting equal stakes for inhabitants of this island—a place resolutely sounding alarm bells from the south of a subcontinent besieged by the stormy winds of authoritarianism and economic insecurity.

https://www.colomboscope.lk/athousandchannels-episode-four
Radio activist Yazmin Yousuf has been and continues to gather the wide-ranging musical output that has been happening across genres, available here. This edited selection of protest songs in Sinhala, Tamil and English for A Thousand Channels – and a couple from beyond Sri Lanka’s borders – is a selection of Colomboscope favourites.

https://www.youtube.com/watch?time_continue=2&v=EG2m6T4568I&feature=emb_logo
The Senkolaya (the Mace, the symbol of authority of Parliament) of Sri Lanka has been under the influence of a Senkola Yaka (a Mace Demon) for several past decades. The Senkola Sanniya attempts to throw out this evil spirit from the Senkole and encourages Sri Lankan citizens to continue their demands for a real change to move on from the established system of corrupt politics, highlighting the importance of choosing their parliamentary representatives wisely. Artists: Amila Sandaruwan, Sarani, Perera, Sumudi Suraweera, Isuru Kumarasinghe, Dinelka Liyanage, Sithija Dilshan, Uvindu Perera. Video: Nuwan Attanayake, Shehan Obeysekara.
Courtesy of Music Matters

The exhibition 'Re-Composing' reorients the conventional meaning of identity 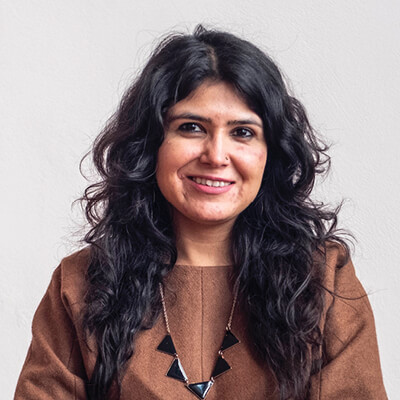 Natasha is a curator, writer and editor based in Colombo and Berlin. She is Associate Curator at Large at Gropius Bau, Berlin; Artistic Director of Colomboscope Festival in Sri Lanka, and co-artistic director of the 13th Gwangju Biennale with Defne Ayas. She has curated numerous exhibitions and biennales around the world over the past decade. Ginwala writes regularly on contemporary art and visual culture. Recent co-edited volumes include Stronger than Bone (Archive Books and Gwangju Biennale Foundation) and Nights of the Dispossessed: Riots Unbound (Columbia University Press).

Natasha is a curator, writer and editor based in Colombo and Berlin. She is Associate Curator at Large at Gropius Bau, Berlin; Artistic Director of Colomboscope Festival in Sri Lanka, and co-artistic director of the 13th Gwangju Biennale with Defne Ayas. She has curated numerous exhibitions and biennales around the world over the past decade. Ginwala writes regularly on contemporary art and visual culture. Recent co-edited volumes include Stronger than Bone (Archive Books and Gwangju Biennale Foundation) and Nights of the Dispossessed: Riots Unbound (Columbia University Press).

Slava Polunin wants to convince people that they have wings

Vladimir Belogolovsky talks to Paris-based clown Slava Polunin about making fantasies, bringing comedy and metaphysics together, and a notion of living life as a work of art.

Illustrative Chronicles: A series examining works from the world of illustration

STIR looks at the art and design of illustration as a discipline to narrate stories of the contemporary urban, created in digital and non-digital formats.

Alex Jenkins' comical illustrations make you think out of the world, not just box

Design and architecture projects to look out for at the 2024 Paris Olympic Games May 13, 2022

The odyssey of futuristic footwear at Bata Shoe Museum in Toronto Jun 29, 2022