Walking through the revamped historical monument of the 1919 massacre, conservation architect and heritage expert Gurmeet S. Rai reviews and rues the design disaster.

The site of the massacre of April 13, 1919, at the Jallianwala Bagh in Amritsar, Punjab, has been etched in the minds of the people of India with the red sandstone memorial. This monumental marker defines the site of the event itself, while there are other historic elements within the garden that embody the story of the unforgettable event. These are remnants of historic structures, such as walls with bullet marks from the massacre and a well, into which several fell to their death while trying to flee from the firing squad. One of the distinctive features of the bagh associated with the event is the narrow alleyway through which General Dyer and his armed men entered the area to mercilessly kill the unarmed crowd that had gathered on that fateful day.

To understand the massacre at Jallianwala Bagh, it is imperative to know the historical context and what had transpired in the city of Amritsar from April 10, 1919 and further, the acts of oppression that unfolded in the city after the massacre. So severe were the acts of tyranny and humiliation of the locals by the colonisers that the event and what transpired soon after came to be positioned by the nationalist against the British colonisers as a turning point in history, leading to the fall of the British Empire in India.

Marking the centenary of the massacre in 2019 with the Jallianwala Bagh renovation (the site was inaugurated by the honourable Prime Minister of India in August 2021) thus offered an opportunity to tell the story of this historical event with the depth of understanding of history of the period in Amritsar and the region of Punjab to the entire country. While understanding the larger geo-political context, it was further required to anchor the process within the communities and cityscape where the event belongs.

On my recent visit to the site, I tried to understand the design intent and approach that has been followed towards redesigning and renovating the national memorial space.

The first experience at the Jallianwala Bagh Complex in Amritsar is that of half-mannequins in bold relief emerging out of the walls of the passage leading into the bagh. The expression and body language of these mannequins is that of joyousness and excitement as if the mood of the times was that of people going to a fair; for instance, a child is running with a stick in his hand while pulling at the elders behind him and the elders have big and bold smiles across their faces. Historical records of the times clearly reveal that this was not the mood of the hour…that Amritsar had experienced rioting after some people had been killed by police firing, and the city was under curfew in the days leading up to the day of the massacre.

Further, the attire of the mannequins is inappropriate, for instance an elderly man is wearing a 'patka', which is an informal headgear worn by little boys. Hence, the depiction is not only incorrect but also insensitive to the cultural nuances. These dramatised relief figures rendered in gaudy, copperish colour along the passage evoke a certain behaviour among the visitors which undermines the spirit of the place.

The landscape of the garden has been altered to include a central pathway paved with smooth red sandstone that leads to the memorial from yesteryears. An outer pathway has been provided linking five interpretative galleries and the historic structures such as the well, and the remnants of the two buildings which have markings of the bullets. The soft ground surfaces have been provided with lush grassy lawns enclosed with bold fencing of wood to prevent any human usage. Large mounds flank the central passage leading towards the red sandstone memorial, giving the passage an accentuated directionality. This landscape treatment is inappropriate for the surface where hundreds of people died mercilessly to bullets. Could this land not have had markers to every individual who died here?

The  project, with a budget of INR 200 million, has introduced some major changes – installation of mannequins and a laser show, multimedia audio-visuals , soundscaping the entire site with audio technology, which has blaring patriotic songs.

The storyboard of the interpretative galleries begins with references to the history of Punjab, described in collages and multimedia films.

The narrative further touches upon the Ghadar movement and freedom fighters from across the country, and concludes in the later gallery with the appearance of General Dyer in front of the Hunter Commission. While the spaces are inadequate to tell the complex narratives of the time, the sounds from the multiple screens within each of the rooms simultaneously narrating the stories create a cacophony of sounds. One of the glaring blunders in the interpretation is the inappropriateness of a slogan boldly placed close to the portrayal of the Sikh history (with the image of Guru Nanak) – referring to the land of Punjab as that of 'Prosperity and Agony'. Valour and sacrifice of the self in the Sikh tradition is the ultimate form of sewa (service to the community), it is a martyrdom and not victimisation. The word 'agony' is most inappropriate in this context.

The question that occurs is whether the red sandstone memorial and the simplified storyboarding provided in the gallery within, and the streamlined circulation is appropriate to mark such an important turning point in the history of the freedom struggle? Did the site not merit similar attention as that of the other memorials across the world such as the making of the Memorial to the Murdered Jews of Europe (in Berlin) and the Hiroshima Peace Park in Hiroshima where the visitors come out of the site feeling overwhelmed with the sacrifice and tragedy caused by the event and the times? The Topography of Terror Documentation Centre in Berlin further demonstrates the need to have documentation centres for communities to know their own history and understand what leads to criminal actions and making of human tragedies.

In the 1960s and '70s, as a facelift to what was then possibly a barren landscape in Jallianwala Bagh, the well was restored and a superstructure was built over it. A memorial was built in the centre of the bagh along with two colonnades and galleries at the entrance. Over time, the space acquired the atmosphere of a local park, an invaluable open space within a dense urban fabric. It had symbolic importance. You could go for walks there or sit on the grass in the evening. When local people use a space, it becomes part of their local heritage. This has to be respected.

The current renovation, however, perceives the place from a distance, subscribing to the colonial legacy of the ASI that involves putting up a boundary and a big blue board in the name of protection and conservation.

When I visited the well this time, I found that the earlier superstructure has also been removed and replaced with a structure built or clad with lakhori bricks. It has large windows to look into the well. Lakhori are medieval-period bricks; in Punjab, they are also called Nanak Shahi bricks because they are associated with the life and times of Guru Nanak. I wonder why the designers chose to use these bricks since the site has no association with the medieval period.

As evident in early 20th century photographs, the bagh was an unkept open space with a low-lying area towards the centre where people gathered. This gave a clear advantage to General Dyer and his men when they fired at the crowds, resulting in a tragic loss of lives. Today, in place of a low-lying area we have mounds! The complete reverse of the original layout! The designers could have created a low-lying area, planted with natural grass, and placed markers to memorialise every person who died at the bagh instead of creating these manicured mounds cordoned off by fencing.

Historic incidents which occurred in and around the time of the massacre and locations associated with them such as the 'crawling street' must have also been lost on the new designers and consultants. Furthermore, many of the direct descendants of those who died in Jallianwala Bagh are alive today. Where are those people in this whole process? Were they consulted for the architectural reconstruction? Where are their stories? People's histories need to be protected and their perspectives need to inform the future of the memorial sites they are attached to.

Certainly, this project required to be more sensitive to the narrative of the local communities, the urbanscape of Amritsar where the event unfolded, and more ambitious in its outputs to achieve the desirable outcome of a better informed visitor and a better understood event in history of India.

Note: The said renovation of the monument was undertaken by the Ahmedabad-based advertising agency, Vama Communications, as sanctioned by the Archaeological Survey of India and NBCC. 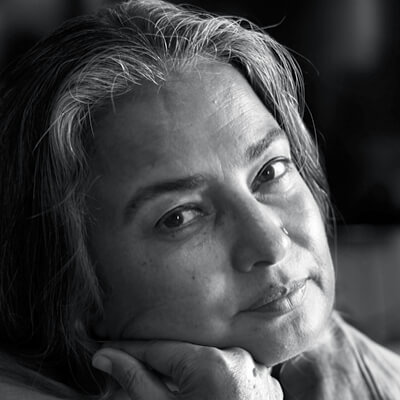 Gurmeet is an award-winning conservation architect based in New Delhi. Her firm, CRCI, has undertaken architectural documentation, historic building conservation planning, projects related to cultural heritage tourism and management, capacity building and training. Gurmeet has been on the jury of the Asia Pacific Architectural Heritage Awards of UNESCO for several years. Her book, Amritsar: A City in Remembrance, was published earlier this year.

Gurmeet is an award-winning conservation architect based in New Delhi. Her firm, CRCI, has undertaken architectural documentation, historic building conservation planning, projects related to cultural heritage tourism and management, capacity building and training. Gurmeet has been on the jury of the Asia Pacific Architectural Heritage Awards of UNESCO for several years. Her book, Amritsar: A City in Remembrance, was published earlier this year.

Exploring and investigating the idea of mental health through visual art Dec 28, 2021