Why slow architecture matters: Anupama Kundoo writes on the power of time

The Berlin-based architect observes the value of time in architecture, a discipline that she believes must build upon past constructs rather than reinventing the wheel.

Architecture takes time. Not only do buildings outlive humans, iconic architecture and cities take lifetimes to create over generations. The built environment meanwhile continues to evolve over time corresponding to the evolution of human society. Architecture must stand the test of time to be relevant, grounded in long term thinking, built upon past constructs, taking action in the present with a vision of the future, and the future of human society in mind. We can prolong the life of our predecessors by working on visions that are still relevant rather than reinventing the wheel and starting with our own ideas each time, as if architecture begins with a clean slate. As contemporary architects, are we ready to work on the ideas envisaged by those who came before us if they are useful to us?

Since industrialisation there has been the notion that ‘time is money’, or that urban people have no time, and therefore cannot make time to engage directly in producing what they need and offset the costs of their homes, as rural people used to do… A lot of contemporary problems can be attributed to this wrong assumption. It is now assumed that if we could cut back on the time human beings need to devote to things, then we would be efficient; this eagerness for efficiency overlooks the condition of the human beings in the process, oblivious to whether human society is doing well or not. Standardisation and mass production have led to the undervaluing of human capacities, including intuitive, emotional intelligence and personal judgement, as compared to machine production and operation as the new norm. For all the conveniences and efficiencies achieved, contemporary life is full of stress and rushing about. This also has to do with our notion of time. In order to save time, we have outsourced a lot to machines and increased production and resource consumption dramatically, while still running out of time for ourselves.

Despite all the technological advances, contemporary architecture consumes far more resources than that of any previous generation; but are our cities more beautiful, are we happier? Sustainability, a key concern of our times, is also essentially linked to time, as it focuses on meeting the needs of the present without compromising the ability of future generations to meet their needs. It is not only about what materials and technologies are involved in the construction of architecture, but also about the validity and relevance of contemporary ideas over time.

Today’s rapid urbanisation, with numerous skyscraper cities sprouting across the world at an alarming speed, is redefining the very form of human settlements as high-consumption urban constructs interwoven with informal settlements and with social segregation for the sake of affordability. The commodification of housing and its unaffordability call for alternative approaches, including the involvement of the time to be spent by future residents in the way architecture is made and paid for, so that housing can again be perceived as living space rather than as an investment that must necessarily generate huge debts. Reliance on human resources such as time, intelligence, muscle power and direct engagement can reduce the expenditure of natural resources while creating health, wellbeing, and happiness.

The tug-of-war between what we call development, and the rapidly degrading environment creates a great sense of urgency and panic. Instead of responding to this with equally hasty action, we need to take the time required to think before we act, and invest even more time as we may need to radically rethink our future and create new habits that serve our purposes. We can no longer afford to think short-term and for the benefit of the few. In the end, our haste only leads to more delay.

Soon after my graduation as an architect from Bombay, with the above preoccupations in my awareness, I decided to take the time I needed to reach clarity about how to dedicate my time to the shaping of my own life and my further development as an architect, and how to serve my society while fulfilling myself. During my wanderings I landed in rural Tamil Nadu, where I discovered Auroville, an international city in the making, and quite spontaneously joined in the adventure and started living there, recognizing an exciting opportunity to rethink the city of the future, where human habitation could be realigned holistically as a collective experiment.

As soon as I took the bold decision to drop out of the rat-race environment of Bombay, I freed up my personal time, and could finally dedicate substantial time to doing nothing and contemplating what is worth doing at all. Taking the time for this doing nothing, I realised that time was the greatest luxury for the rich and poor alike. As architects the work of our lifetime was part of a large collective action in time and in space. Contextualising our own journey through time, we can position where we are and how we can contribute. We build upon the work of previous generations in a process of continuous evolution that does not start with our personal existence. This understanding leads to a process where we build knowledge while creating architecture and addresses the potential of architecture to engage with the complex intersections of urbanisation, people, technologies, resources and the environment within the context of contemporary needs. My practice, the result of my quest for the knowledge needed to build appropriately, considers every project as an opportunity to build knowledge and a sense of community in order to empower people in achieving built spaces of high aesthetic and low environmental impact.

I started observing the world through the perspective of time. The passage of time leaves its imprint on the world around us. Even before man existed, architectural constructs existed. In other words, with the passage of time and various circumstances we see the evolution of matter, form, space, and order. From sedimentary rocks to volcanic lava, ice formations, boulders shaped by water, etc. the earliest architecture was perhaps about the transformations of matter with the passage of time as it recorded the circumstances that left the imprint of time on the architecture of matter. Then there is the imprint time leaves on the architecture of life itself. The passage of time and life continues to shape matter by way of other programming that is contained in the DNA of the cells. The architecture of life is expressed through complex order and geometry, where form, space, light and all the key elements of architectural thinking come together synthetically and according to structural principles. The structures of trees and flowers, or mushrooms and shells, networks of arteries and veins whether in animals or in leaves, birds’ nests, termite hills, beehives and spiders’ webs, continue to inspire architecture for human habitation. Then there is the architecture of the mind, where the evolution of the mind and the ‘thinking hand’ have enabled an architecture where tools were created first, in turn leading to sophisticated developments that have shaped the fabric of architecture accordingly. The building of mud walls evolved through the making of moulds to produce adobe modules which in turn shaped masonry, or, even later, kilns that enabled baking clay modules to be used as baked bricks. The observation of the wondrous world around us as seen through this lens reveals the architecture of time to me and continues to be my key inspiration and source of constant learning. One discovers architecture continuously in internal as well as external worlds.

Not only the product of architecture, but the process of architecture is of the essence as a living, dynamic and intelligent force that embraces the past, present and future all at once. And the process of architecture is about synthesis. It responds to a diversity of concerns through holistic design definitions. Time is one of the key aspects, the most essential resource that we have access to as living beings. What else do we have that is truly ours apart from our own time? Time is life, and we all have the same number of hours in a day regardless of our geographical context or personal backgrounds. Time well spent enriches us even beyond money, leads to more knowledge and is directly fulfilling; while the stressful urban lives we now accept as normal involve all kinds of detours along the way, making us lose track of the goal, and even contact with ourselves. It makes one wonder that while there is so much eagerness to save money and other resources, time seems to be an undervalued resource that is spent in habitual ways rather than wisely or judiciously, and without considering whether such choices are aligned with our purpose or not.

To take time is to be alive. As living beings, the meaning of our lives comes from the way we spend our time. We can reverse the notion that time is running out by getting time on our side, befriending it. We must not race against time, but build a good relationship with the time of our own life. Instead of trying to make time, we should take time!

Titled ‘Taking Time’, the essay was first published in the monograph Anupama Kundoo in the series The Architect’s Studio, published by Louisiana Museum of Modern Art, and Lars Müller Publishers, in 2020.

Read our interview with Anupama Kundoo where she walks us through her ongoing exhibition, on view at the Louisiana Museum of Modern Art in Copenhagen.

Beauty and honesty laid bare in brick: A tribute to the legacy of Laurie Baker 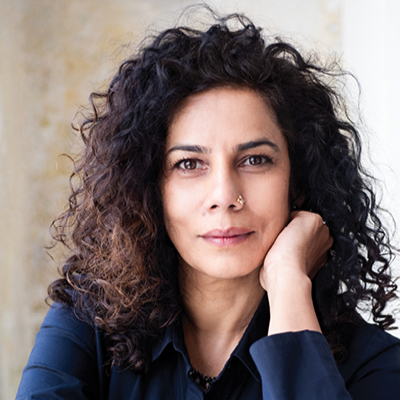 A graduate from the Sir JJ College of Architecture in Mumbai, Anupama started her architectural practice in 1990 demonstrating a strong focus on material research and experimentation. Her work extends to urban design and planning projects, with a background in rapid urbanisation related development issues. She has built extensively in India and has had the experience of working, researching and teaching in a variety of cultural contexts across the world. Anupama currently lives in Berlin.

A graduate from the Sir JJ College of Architecture in Mumbai, Anupama started her architectural practice in 1990 demonstrating a strong focus on material research and experimentation. Her work extends to urban design and planning projects, with a background in rapid urbanisation related development issues. She has built extensively in India and has had the experience of working, researching and teaching in a variety of cultural contexts across the world. Anupama currently lives in Berlin.

David Chipperfield Architects bridges the old and new in Morland Mixité Capitale May 21, 2022

Buckle Street Studios establishes a dialogue with its context through its tiered facade May 07, 2022