Reflecting on Australia-based Alana Hunt’s Cups of nun chai, this article emphasises on the ideas of repetition and resilience to address the recent history of violence in Kashmir.

by Srinivas Aditya MopideviPublished on : Jun 17, 2021

In the summer of 2010, Australian artist Alana Hunt was in Sydney, witnessing from afar the mass unrest in the Indian occupied territory of Kashmir through news media and conversations with people on the ground. Triggered by the killing of three civilians of Kashmir’s Rafiabad area, who were falsely labelled as militants by the armed forces, a sea of protests broke out in Kashmir demanding the demilitarisation of the region and a call for freedom from the Indian state. The protests escalated further following the death of Tufail Ahmad Mattoo, a 17-year-old who fell victim to a tear gas canister on his way home from his evening tuition.

The unrest that lasted the whole summer resulted in at least 118 civilian deaths and left over 535 injured. Hunt, who has developed a special affinity to Kashmir while she was a graduate student at the Jawaharlal Nehru University, New Delhi, observed how violence in the valley has systematically been normalised and how there was a paucity of discussion around the same in the Australian media. It is at this juncture that she began the Cups of nun chai project in Australia as a distant memorial of conversations for the118 civilians who died during the 2010 unrest.

The project saw a humble beginning with Hunt meeting up with friends and strangers over nun chai (a pink tea traditionally served in Kashmir). It began in Australia as a series of conversations on the normalisation of state violence in Kashmir. Each conversation resulted in photographs and a text that Hunt drafted based on the interaction. What set out as an instinctive response from Hunt evolved over the decade into a vast archive of 118 conversations and images of tea cups that travelled as artworks in exhibitions, newspaper serial, interviews with the artist, and a published book. In its several manifestations, Cups of nun chai organically seeped across different parts of Australia, the United States, Indonesia, India, Pakistan, and even Kashmir.

Cups of nun chai emerged from the larger trajectory of Hunt’s artistic practice that questions the fragility of nations as well as the aspirations and failures of colonial dreams. She has been a consistent voice against the idealised images of Kashmir in South Asia and indigenous lands in Australia. Her interdisciplinary practice sheds light on the histories of violent confrontations on land and communities who have been under occupation either through the forces of aggressive nationalism or settler colonialism.

During the late 2000s, Hunt undertook multiple visits to the Kashmir Valley. The question of artistic ethical responsibility comes into play in understanding and engaging a conflict-ridden territory like Kashmir. As someone who is not an immediate resident of Kashmir, Hunt’s relationship with her own subjectivity has evolved through the past decade. With Cups of nun chai, Hunt organically formed friendships and camaraderie with people and experts in Kashmir and other parts of India.

Her close interaction with the politics of the region started with Paper txt msgs from Kashmir, a project she realised between 2009-2011. Initiated as a response to the Indian government’s ban on all pre-paid mobile phone services in the region, it invited people from Kashmir to write down their text messages on pieces of paper that circulated among the locals before some found their way to Hunt. In a time where the internal tele-communication system was forfeited, the Paper txt msgs from Kashmir gave a unique form of expression and resistance among the locals, giving them a sense of freedom to communicate.

Similar to Paper txt msgs from Kashmir, that was conceptualised as a response to communication ban, Cups of nun chai emerged amidst the unrest in Kashmir during the summer of 2010. It aimed to remember through conversations, the political events surrounding the killing of 118 civilians who died in 2010.

Many participants in the Cups of nun chai conversations were familiar with Kashmir and its political history while some were introduced to it by Hunt. Some of them saw parallels between the everyday realities of Kashmir with Palestine under Israeli occupation. These multifaceted conversations that took place over a cup of tea went on to take multiple lives and forms circulating across exhibitions and events in different parts of the world.

Most notable among all the forms in which the project is presented, is the serialised exhibition in Srinagar-based newspaper, Kashmir Reader, and the recently published book, Cups of nun chai, by Yaarbal Books, New Delhi. Marking the anniversary of Tufail Ahmad Mattoo’s killing, Kashmir Reader featured conversations from Cups of nun chai in the newspaper over a period of 11 months amidst which the state ordered an untimely ban on the newspaper. The conversations continued to appear once the ban was lifted after a period of three months. Begun in the form of personal interactions between two individuals about the 118 civilians, Cups of nun chai took on a dynamic role as part of a newspaper that reached tens and thousands of people in Kashmir and elsewhere.

The book Cups of nun chai is a culmination of a variety of questions in relation to the project’s engagement with Kashmir and its turbulent political landscape. How can a personal approach to a political conflict circumvent the dominant narratives circulated by the state? Can sharing accounts of pain and suffering with the wider world lead to new forms of solidarity and resilience?

Informed by 'fragments in media reports, sentiments expressed in conversations, individual and public memories of specific incidents as well as challenges to histories held within various books', Cups of nun chai maps a unique trajectory of thinking and understanding of Kashmir and its political present. The photographs that form one of the key residues of this project along with the text are repeated images of hands holding tea cups, taken towards the end of each conversation. For Hunt, this representational approach was a strategy to deflect from violent imagery that often surfaces from Kashmir. It was also a gesture of care where the personal becomes the political.

The mundane ritual of having a tea accumulates a plethora of solidarities from different parts of the world as the work travelled with the artist. Encompassing over a decade, Hunt’s journey resulted in an informal archive of reflections on the resilience of the people of Kashmir despite living in constant uncertainty. It is a strong reminder to view perseverance as an active form of resistance that often demands an infinite duration.

You can view the project here.

"He wanted to make our world a better place": Penelope Seidler 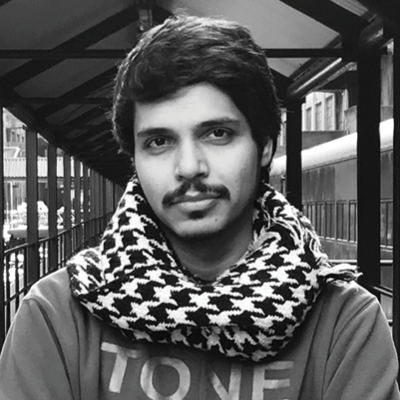 'In Search of the Present' at EMMA explores humanity, nature and technology Dec 09, 2022