The first edition of the Athens Design Forum was conceived as a comprehensive experience 'more cultural than commercial', says Katerina Papanikolopoulos, founder and artistic director.

"Athens Design Forum (ADF) is a new, experimental format for experiencing design, seeing how people live it instead of just talking about it,” says Katerina Papanikolopoulos, founder and creative director of the event that from September 30 to October 7, 2021, highlighted a new aspect of the Greek capital. “Our ambitions are more cultural than commercial. That's why it's a forum, that is a place to share ideas rather than sell booths or products. This is something I had to make clear from the start: this is not a design week or a fair.”

The young art historian, who returned to Athens after her studies in the United States, has shaped the event according to her very personal way of conceiving design and experiencing the city.

"When I returned to Athens, I visited the workshops of many artists and noticed how they use and shape the space in a specific way. That's why studio visits are an essential part of the programme, which consists of four pillars: exhibitions, seminars, workshops, and archival studies," explains Papanikolopoulos.

Among the spaces opened to the public during ADF was the private residence of architect Dionisis Sotovikis, who opened his studio to the public for the first time, revealing some of the self-produced furniture he uses every day. “Sotovikis' philosophy was very close to mine when I started organising ADF. His house is the prototype of what I want to show: it is a cosmos of its own but with a Greek essence in form and thought. Alekos Fassianos' residence was also very much appreciated. He is a recognised artist but no one would consider him a designer. But Fassianos has dedicated his life to designing every object around him in his home, representing himself in a way that surpasses art,” adds Papanikolopoulos.

In addition to opening living and working spaces, there is another strategy that ADF adopts to show the backstage work: the artist residency. The Italian designers, Stefano Fusani and Francesco Pace, also known as Neostandard and Tellurico, collaborated for the first time together for the Dissonant Classicism project and conceived the production of some unique pieces as a performative act, which could be witnessed in all its phases. The designers invited by Papanikolopoulos defined the Mediterranean character of the initiative, which is not limited to a survey of the local territory.

"I think theirs is the first residency for foreign designers in Athens. It's a crazy thing if you think about it. The primary goal for ADF is to generate these kinds of connections and collaborations,” explains Papanikolopoulos. “I don't think Greek design exists, or at least in its pure form. I think it would be nationalistic and not historically correct to talk about purely Greek design, given the different influences with neighbouring countries. Athens is a place where ideas circulate, and which needs new infrastructures to support creative practices. Look for example at Kostas Lambridis, [another author who opened his studio during ADF, ed] who studied at the Design Academy Eindhoven and then returned to Greece to work. This happens more and more frequently because the city and its daily life are really inspiring, and you have a special relationship with the local craftsmen and material tradition.”

The first edition of ADF counted a dozen events spread all over the city, which is the real protagonist of the project. “Over the last few months, with the restrictions due to the pandemic, I explored various suburban areas of Athens and was impressed by their energy. It seemed a shame to put everything in a white cube in the city centre and say 'hey, this is design'. Staying true to my personal experiences, I wanted to reveal the hidden places I discovered. This is obviously a choice that has its risks but it serves to highlight the cultural and architectural specificities of the various districts of Athens," Papanikolopoulos further elaborates.

The experiential aspect of the initiative is its main feature, and it is in this direction that Papanikolopoulos wants to continue in the future: “In the coming years, I don't want to turn ADF into a big event with hundreds of projects and partners, because then the quality and level of intimacy would be lost. Rather, I would like to try to create a dialogue with the islands, which geographically are an important strength for the country and which each have their own specificity. Or I would prefer to take the values of ADF to other countries such as Ukraine or Georgia.” 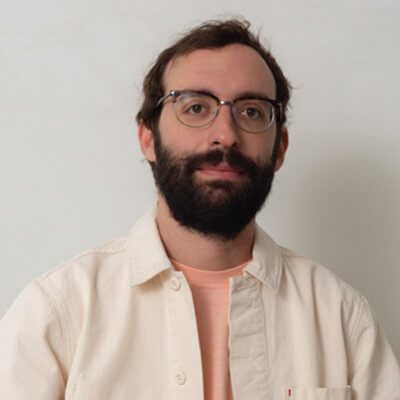 Inside the playful curious world of artist and designer Bruno Munari Jan 02, 2023

Melange Home in Mumbai: a true melange of mid-century modern and contemporary Jan 04, 2023