Inquiring 'The Attentive Museum—Permeable Practices for a Common Ground'

Imagine a place in the very heart of the Mediterranean sea that once hosted varied civilisations and was marked by their cultural diversity called the 'Balearic Islands.' But, more than mixing archeology, history, and gastronomy, the autonomous community of Spain presents optical illusions with the transformation of clear blue skies into cotton white, glamorised with its unique breeze, redefining the concept of hospitality.

According to research, in the last 2600 years of settlement, the islands have been successively ruled by Carthaginians, Romans, Vandals, Moors, and Spaniards. It was for the first time, in 2022, that one of the Balearic Islands, Mallorca, hosted over 200 art professionals from different parts of the world for a three-day event commemorating CIMAM's (International Committee for Museums and Collections of Modern Art) 54th annual conference. The organisation celebrated six decades at one of the island’s most prestigious art museums, named Es Baluard Museu D'art Contemporani De Palma. As an affiliated organisation of İCOM, with over 700 members from 80 countries, CIMAM was founded in 1962 to create a flow of contribution between museums, collections, and archives of modern and contemporary art, for the cultural, social, and economic well-being of society.

The three-day programme included two keynote speakers, 11 perspective presentations, three panel discussions, one networking session, two workshops as well as organised visits to art institutions of Palma and its surroundings. For the 2022 annual conference, CIMAM included a diversity of voices, by inviting independent art professionals, trying to adapt to the shifting position of museums, and attempting to switch to a more participatory museum model. Over the years, more women have taken over important roles in the art world, slightly changing the art industry. More women now, than ever, oversee museums, biennials, institutions, and galleries; shifting the tide in a male-dominated industry. The 54th edition of CIMAM, too, reflected this change, with influential women at the forefront of it, participating as speakers in the sessions.

Among them was curator, anthropologist, writer, and co-founder of Zoma Museum PLC—Meskerem Assegued Bantiwalu, who highlighted how museums should consist of free expression and allow people to dream limitless, while focusing on how museums can think creatively in response to current issues and how they can position themselves for the future. ZOMA Museum, too, is an outcome of this limitless dreaming; the space that was once a polluted area complete with toxic materials, now serves as a humanitarian example of vernacular architecture, one that was transformed completely, by preserving the ruins and building sustainable systems. Despite the architectural design of museum buildings rising worldwide, ZOMA is a humanoid in its layout, using dreams as concrete and inspired by its roots.

The events of the second day were hosted in Casa Esment, a multidisciplinary space merging social innovation and Mediterranean culture. The event featured an inspiring speech, titled The Museum of Remediation by Clementine Deliss, the associate curator of KW Institute for Contemporary Art, Berlin, who referenced an upcoming museum transformation by esteemed curator Carolyn Christov-Bakargiev. Deliss addressed the central role played by museums in times of crisis and how museums can be used as mediators, engaging with the public to create a language rooted in the common ground. For example, Castello di Rivoli served as a vaccination centre during the pandemic; on the other hand, four times Nobel Prize winner Malmö Museum was converted into a refugee centre as part of the Red Cross humanitarian work, welcoming women and focusing on treating prisoners of war.

So while the exterior and interior change in museums is inevitable, what about terminology? Today, we are witnessing a fluctuation in the qualifications needed for being featured in a museum, with more living artists being exhibited, a bent towards inclusivity and diversity, a practiced decentralisation in binaries, and an enhanced governance. All of this, must be a reflection of a changing epistemology, when it comes to the concept of a museum.

With their annual conference in the past year, CIMAM reinforced an urgency to be more attentive and invited independent art professionals from different parts of the world. Among them, was humanitarian advocate and highly talented artist, Emily Jacir, who spoke on how museums can learn from asymmetrical institutions, referencing the artist-led movement Dar Jacir in Benthelem, that is attempting at protecting the cultural heritage of Palestine, against settler colonial forces. Jacir, who I have been following since the Istanbul Biennial in 2003, pioneered the art movement in Palestine, despite the cruelty in the region, by organising video exhibitions in living rooms of households, using radio stations as channels, and by caring about structuring practical, experimental, and multilayered systems.

Practicing together is the first step in practising permeability. So, CIMAM's intense program of 'thinking together' consisted of multiple workshops such as—speed dating sessions and round table meetings. Over 200 people, who were present, were separated into groups and had to discuss several topics. Discussion group eight, of which I was a part, comprised of vibrant art professionals like Tanya Barson, director of Hauser & Wirth Gallery, who has worked as a museum professional during her career. She highlighted the change in the canonic structure of museums and how collections and museums are intertwined strongly, bringing forth the observation that sometimes collections can change the museums. Various futuristic and innovative models of collection, preservation, and featuring, occur because of changing demands and give rise to co-custodianship and co-acquisition models for institutions.

However, being attentive enough to change a few structural methods, is insufficient. Fundamentals of institutions all over the world should change. Museums need to open themselves up to questions from the audience, not ask the questions; they need to let audiences in, allowing them to be attentive and permeable. They should give artists the space and platform, learn from them, re-prioritise their space and develop models for free expression. Museums should be comfortable enough to let everyone in. As the Mallorcan phrase Pok-a-Pok, which means slowly by slowly, but very consistently, suggests, we are ascending there.

Karen and Christian Boros present ‘Bunker #4’ at the Nazi-made bunker in Mitte, Berlin 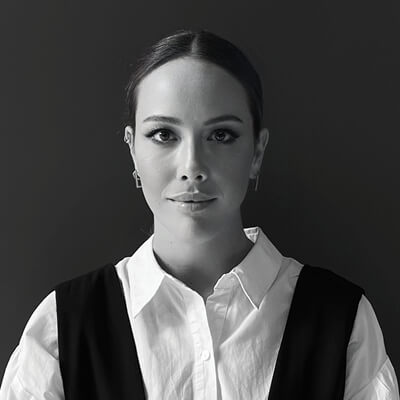 Aric Chen on 'Absence/Presence of Cultural Commentary in an Emerging Economy' Jan 12, 2023

When architecture falls in love with nature: the Valle San Nicolás - Clubhouse in Mexico Jan 23, 2023