Art and public spaces through their symbiotic association bring surreal experiences at a 17th century church in Cremona, Italy.

In September 2021, an unusual venue of art was born – an abandoned 17th century church in San Carlo, Cremona, reopened its doors to the public once again, on a different mission of bringing together “contemporary art, the territory and the local community” to engage in dialogues on art. The baroque dome, the frescoes on the walls together with the ravages of time and circumstance layered the antiquated church with poetry and otherworldly allure.

White-Light-Whirlwind by Mark Handforth, that was on show from March 18-May 31, 2022 as part of the project San Carlo Cremona turned out to be an intensely metaphorical sculpture that was also about deep spiritual connections.  On the floor of the church, Handforth's 16m high sculpture, balanced on a single point, spiralled and widened aiming for the dome. The design of the sculpture allowed for the formation of serrated lines through fluorescent lights in white, off white and violet white colour tones that played off each other, wrapping viewers in an experience that was contemporary and incorporeal yet tangible. The space added character to the sculpture while the sculpture’s transcendental layers augmented the space, birthing a symbiotic relationship.

Moving over from this historical site onto the streets, in the trail of Handforth’s art, one unearths a treasure of commonplace objects that are suddenly extraordinary and arrest the viewer’s sensibilities - two bananas cast in aluminium, bronze cashew nuts locked in an embrace, an enormous femur bone paired with a bright yellow handset, an illuminated street lamp laid on the ground, a neon moon shedding fluorescent tears, a coat hanger of defiant proportions, and more.  Handforth’s ingenuity transitions these objects from the state of being mundane or otherwise invisible into massive monuments that have stories to tell. Few artists have explored the possibilities of art in public space to the extent that Handforth has. Each time, unfailingly, he packs into his meticulously sculpted works, the lure of the unexpected, the experience of the surreal and humour that is both innocent and derisive, setting his works apart. By distorting the form and dimension of ordinary objects, he redefines them making an epic statement on the landscape of public art.

As STIR catches up with Handforth, the sculptor offers a gracious peek into his thoughts, works and concepts that fuel his creativity. He says, “Sculpture is all about the formal and conceptual relationship of found/made/adapted/revisited things; and public art is a logical extension of that relationship, a giving back to the street as opposed to only taking. For me it’s maybe a way to become part of that landscape that I am looking at, that I am in love with. So the public pieces are primal, they are essential to my practice.”

The street is a melting pot of sorts where different cultures and varied activities converge, shaping the vocabulary of the sculpture and lending their character to it. Substantiating this, Handforth speaks about his sculpture titled Turquoise City in Qatar’s Msheireb, “In Doha, I was really attracted to the site in Msheireb precisely because of the sense of a crossroads downtown, with so many people moving through whilst also being a distinct residential neighbourhood.  Thronged by office goers, tourists, mosque-goers, museum-goers, families out on a stroll, the space attains different qualities at various times of the day. Turquoise City is made for all those eyes, to be enjoyed and understood through the varied perspectives they bring. The sculpture speaks to physical elements of that environment, the simplicity of the mosque’s minaret, the turquoise colour of ceramic glazes, and the graphic quality of angled light and shadow falling across the square. The form itself, a looping, uncurling fern-like coil of truncated tubes is at once massively solid, rooted to the ground, and yet precariously, weightlessly in motion; like a shift or a slippage in the picture, a living thing. The sculpture has a strange familiarity, of plants, of nature’s fractals and cosmic spirals, but also of quiet everyday forms, of numbers, letters and calligraphy. I suppose I am looking for a kind of common language, a way to speak.”

Interesting liaisons between art and common man are showcased through the medium of public space where the chasm between the exhibit and the viewer is dramatically bridged. Art on the street is not just the piece on display but is everything that happens to it.  In Handforth’s own words, “everything that happens along the way, the inspirations, the drawing out of ideas, the making of the thing itself, and then the living of the work in the world.” He elucidates this by quoting his sculpture in Miami, The Electric Tree, which is a banyan tree with limbs that are outlined with lines of coloured fluorescent light. By the day, the tree provides cool shade and by night it becomes a pool of light. As the community gathers around the piece, it becomes a natural landmark marked by active interaction, all of which is also the art. He says, “Public art is a kind of release from the boring artist/ viewer paradigm, because it’s actually made by both.”

Neon tubes, lampposts, industrial fixtures, motorbikes, trash cans, reflective road sign foils and more that are attributes of the physical language of an urban environment are motifs that recur in his works. These objects borrowed from the street, are returned to the street albeit in renewed form, breeding familiarity and awe - highly palpable emotions in all of his works. Talking about materiality, he says, “I like aluminium, for example, for its implicit language as a modern, industrial, non-precious material. Whilst bronze and cast iron hint emotionally back toward nature, back to earth, aluminium in its silvery lightness speaks more of the moon, of airplanes, and iPads. In much the same way, the fluorescent tubes and sodium highway lamps that I often use are at once quotidian, generic, harsh, yet at the same time mystical, magical, sublime.”

Handforth was born in Hong Kong, and schooled in London and Germany, before making Miami his home, and he carries the multiplicity of experiences and impressions of the urban environments of these places into his works.

The public space is a quintessentially important venue of frenzied emotional transactions where one is absorbed into a vortex of shared experiences and memories. Commonalities and incongruities contribute to the significance of art in such spaces. It takes up roles beyond the common and the known, penetrating into the psyche of society to mark unusual paths. Breaking out of the mould of a keeper of history, it initiates dialogues within society. Interestingly, whilst being enriched by life that pulsates around it, public art also has the ability to trigger changes in life. Evidently what is achieved here is a beautiful paradox where art plays both the host and the guest.

There is much art that lies buried in the silence of galleries and museums, away from the trajectory of common man. Having said that, the mind probes – aren’t streets and squares dotted with public art perhaps the most consummate venues of art democratisation? It would be a sacrilege to think otherwise.

"Architecture needed to be liberated from itself," says James Wines of SITE 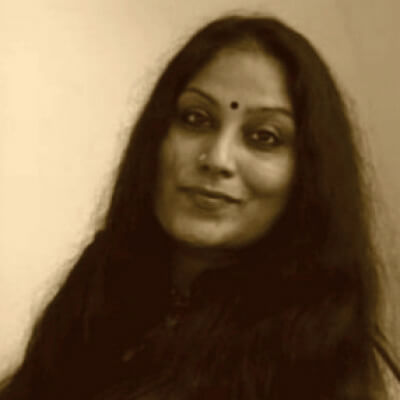 Tbilisi Art Fair at the Expo Georgia boosts art and culture of the region Oct 30, 2022