Flying for truth – celebrating the life of Zarina Hashmi

Zarina had known the smell of fear, but she enjoyed the blood-quickening taste of adventure more. As a young woman, she had piloted a glider and was irresistibly drawn to the challenge of flying. At the age of 83, on the first day of the holy month of Ramzan, April 25, 2020, she soared into the sky.

“Have you heard the sound that the night blossom makes when it blooms?” she asked me, one afternoon in New York, in the fall of 2016. Like the Indo-Greek Buddhist king Menander/ Milinda, she might well have asked me: “What is the colour of the wind?” As I tried to imagine the imperceptible sound of blossoming, Zarina began to chant the names of flowers: “Raat ki rani, din ka raja, harsingar…”. Sitting with her in the neatly organised apartment that had long served her both as home and studio, Ranjit (Hoskote) and I were reminded that it was located in New York’s once-flourishing Flower District. But the flowers whose names she was recalling, like an incantation, had perhaps never been sold in these once-fragrant streets. In her art, too – her woodcut portfolios, etchings, sculptures in metal and cast paper, and mixed-media productions – she would bring the names and devices of distant cultures into the heart of the West.

Over Japanese cookies and green tea, our conversation had ranged from nocturnal flowering shrubs, to the scent of Islamic gardens, to the Syrian refugee crisis. “Have you read Kamel Daoud’s The Meursault Investigation?” We hadn’t. She immediately gifted us a copy. The Algerian novelist retells Camus’ 1942 existentialist novel, The Stranger (L’Étranger)from a postcolonial perspective, that of the Arabs who are both victimised and marginalised in the Camusian narrative. The central protagonist of The Stranger inexplicably murders a man who Camus refers to only as ‘the Arab’. Rather than shroud the murder in the threadbare existentialist tropes of alienation and ennui, Daoud gives the anonymous ‘Arab’ a name and thus the right to be seen as a human being, reclaiming his dignity from the careless anonymity thrown his way by a French pied noir novelist who thought of himself as ‘Algerian’.

Zarina opposed all forms of Othering. Having grown up in a progressive Muslim family in Aligarh, she could not reconcile herself with the partition that had accompanied India’s (and Pakistan’s) independence. She was 10-years-old when millions of people were displaced on both sides of the border. The trauma never left her. The tropes of exile, homelessness and the fractured self became ingrained in her zehn or consciousness, manifesting themselves as schisms and perforations in her works.

As I leaf through Daoud’s book, I am drawn to Zarina’s powerful woodcut, The Dividing Line (2001), etched as a trail of thick black blood, a reference to the border drawn hastily and arbitrarily by Cyril Radcliffe in 1947. The shadow of imminent threat is portrayed in a novella-like portfolio of etchings, House With Four Walls (1991), each accompanied by a brief sentence. It unlocks the artist’s childhood memories: her burning soles when she runs out into the afternoon sun; a tightly coiled snake lying in wait; the ghost stopping by; and the one-eyed maid whose augury eclipsed all future possibilities (“We will have to move far away”).

Zarina has been described as an abstractionist, but her abstraction was never sanitised of visceral experience. Her chosen medium, paper, was not a static surface that she worked on but a live object that she animated by scratching, pinching, piercing with a sewing needle, or by moulding it in casts stained in umber and rich oxblood. In Fence (1976), from her white on white paper series, she scratches a minimal, almost invisible grid on the surface, in the process revealing bits of loosened fibre. The disturbed grid thus becomes less of an expression of authoritarian order – its usual reading in western art history – and more of a tactile experience suggesting the retrieval of memory.

Zarina breathes life into such generic tropes and protocols of minimalism as the grid and seriality, imprinting them with her own intense memories of homes lost and found. She does not merely quote Malevich or Agnes Martin. Rather, she articulates her own mahaul – an Urdu word that resists translation – the atmospherics and affective register of her Islamicate culture. She draws on the books she read as a child growing up in Aligarh; the miniature paintings she saw as reproductions in books; the Urdu poetry of Mir, Ghalib and Faiz that she knew by heart; the trips that she made with her father – a professor of medieval history – to experience the courtyards and jaalis of Fatehpur Sikri.

The exquisite series of woodcuts, Home is a Foreign Place (1999), has been much exhibited. It was shown at the first-ever Indian pavilion at the Venice Biennale in 2011, curated by Ranjit Hoskote. After her appearance in Venice, Zarina became better known globally and was acknowledged with a retrospective held at the Hammer Museum in Los Angeles (2012), curated by Allegra Pesenti; this retrospective travelled to the Guggenheim Museum, New York and the Art Institute of Chicago in 2013. We could say of the art world’s institutions, in proper Urdu: der aaye durust aaye (better late than never). Home is a Foreign Place became a conversation piece at Venice. Each of its 36 prints carries a title, written as captions in Urdu and in English. Some – including many Indian viewers who understand Urdu but can’t read it – could access only the English caption. Others, especially Arab colleagues, didn’t know Urdu but could read its script and form an impression of what the words meant.

The questions of legibility and distance opened before us, and we had to negotiate them. These woodcuts demand that the viewer turn into a viewer-reader-reciter, calling as they do for a voicing of the memory of lost locations and submerged histories. The key to Hashmi’s abstraction, paradoxical as this might sound, is language: the aura and resonance of language. We might reasonably argue that an abstract image, when annotated, begins to signify something specific. What, then, happens to the universalist claims of abstraction? For instance, we read the annotation ‘ghar’ in Urdu (house), or ‘dehleez’ (threshold) or ‘zubaan’, (language). The ‘house’ is depicted as a spare floor plan veined with the desire for entry, the ‘threshold’ is a tantalising edge that appears out of nowhere, inviting you to jump over it, and ‘language’ is a musical score, waiting for notation.

Urdu was poisoned by partition. In India, it has been allowed to die a slow death because it is perceived as a language of the minority; in Pakistan, where it is the official language, it is instrumentalised by an identarian politics or museumised by official culture. Zarina’s reclaiming of such an endangered language and its poetry is a way of inscribing a subtle political position in her work. In a conversation with Aamir R Mufti, she wonders whether she could be considered an “’Urdu’ artist rather than an Indian (or Pakistani) one.” By rejecting territorial identities and embracing an exilic, endangered language as her space of belonging, she places herself in a position of fluidity that cannot be easily labelled. Might this be an act of defiance against art-historical and political taxonomies that rushed to frame her as a minimalist or diasporic sensibility, an Indian or an American artist?

Language, as Saussure has pointed out, is a social fact. The visual image can be private and idiosyncratic, but language is addressed to an assumed community of fellow linguistic beings, fellow speakers, readers and listeners. By seeing, reading and reciting Zarina’s images, I would argue that we engage in a form of sociality that is uncommon to abstraction with such a pronounced classicizing tendency as hers seems to be, at first glance. However isolated, the word is an invitation to the voice. However solitary, the voice is an invitation to converse. Conversation is the beginning of sociality. The word is the talisman of social action.

Recalling her gliding lessons in early-1970s Delhi, in a conversation with Allegra Pesenti, Zarina said that she was “flying for truth” like the birds in Attar’s poem Mantiq at-Tair (The Conference of Birds). The birds in this 12th-century Sufi allegory realise that in their quest for the mythical Simorgh or Phoenix, they have forged a solidarity with each other and become the Simorgh. I can’t help thinking that Zarina’s gradual politicisation of abstraction in the 1990s had its beginnings in the dialogues she had with her colleagues at the New York Feminist Art Institute in the 1970s.

There, she read Lucy Lippard and familiarised herself with the works of Louise Bourgeois and Ana Mendieta. She was also part of the editorial collective that published an issue on ‘Third World Women: The Politics of Being Other’ (1979) for the journal Heresies: A Feminist Publication on Art and Politics. Working on Heresies brought her in contact with the lives and works of African American, Latino and Caribbean artists. Together these women artists, with their various dispositions – Marxist, socialist, lesbian, anarchist – who had been othered by white feminist culture, flew together to craft their own truth.

Research vs. Creation: Separate practices or a continuum? 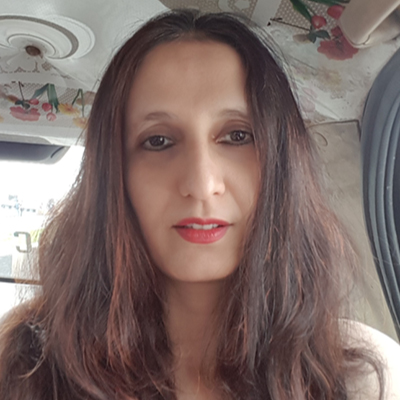 A Bombay-based cultural theorist and curator, Nancy has curated several exhibitions including, Sudhir Patwardhan’s retrospective ‘Walking Through Soul City’ at the National Gallery of Modern Art (NGMA), Bombay (2019-2020), ‘Counter-Canon, Counter-Culture: Alterative Histories of Indian Art’ at the Serendipity Arts Festival, Goa, 2019 and Navjot’s retrospective ‘The Earth’s Heart Torn Out’ at the NGMA (2018-2019).

A Bombay-based cultural theorist and curator, Nancy has curated several exhibitions including, Sudhir Patwardhan’s retrospective ‘Walking Through Soul City’ at the National Gallery of Modern Art (NGMA), Bombay (2019-2020), ‘Counter-Canon, Counter-Culture: Alterative Histories of Indian Art’ at the Serendipity Arts Festival, Goa, 2019 and Navjot’s retrospective ‘The Earth’s Heart Torn Out’ at the NGMA (2018-2019).

The 2022 Toronto Biennial of Art evoked ties between land, water, and human

Toronto Biennial of Art: What Water Knows, The Land Remembers, with various artists and indigenous communities explored natural world and the colonial history of Toronto.

The beachside Sanyea Sjór Seaside Resort in Shenzhen, China, references the local soil and resplendent shoreline it rests near for its earthy, minimal, and geometric architecture.

Buckle Street Studios establishes a dialogue with its context through its tiered facade May 07, 2022

Light installation ‘BLANK’ by Felice Limosani seeks to colour the world with a purpose Jun 10, 2022

Vishal Kumaraswamy looks at race & caste via the lens of performance and identity May 24, 2022