The fabric of New York City continues to be reconstructed in a relentless cycle of urban development. After a brief pause during the early stages of the COVID-19 pandemic, construction spending is predicted by the New York Building Congress to reach a total of USD 174.1 billion between 2021–2023, making this one of the most extravagant periods in the city’s history. Concurrent with this boom is an ever-increasing anxiety over the future of the climate and global society. In 2021, UNEP (United Nations Environment Programme) sponsored multiple reports that urged policymakers to adapt standards to the intensifying impact of climate change; despite daunting projections of rising sea levels, newly constructed developments in NYC display few initiatives that substantially deviate from typical urban models.

However, by re-evaluating the narratives implicit within the NYC Zoning Resolution, New York City’s ongoing development could provide opportunities to improve its relationship with climate and quality of life.

Brooklyn-based Angela Amoia and Robert Cody of Amoia Cody Architecture have investigated this possibility through a set of Green Density zoning provisions for NYC. Their Green Density Zoning Handbook outlines speculative examples of how NYC zoning regulations could be expanded to create new potentials for sustainable, indoor/outdoor living. If implemented, these new guidelines would support personal and social well-being, biodiversity, and ultimately more equitable development.

The Green Density provisions first came to my attention in 2017 during my time as a student in NYC. As practitioners and educators, Amoia and Cody were beginning to form a method for adapting NYC zoning to encourage developers to produce better performing buildings. I can recall their early conversations that focused on the prospect of incorporating a new, integrated regulation for built density. From the start, their analysis was based on the conviction that zoning should take into account a building’s ability to support ecological regeneration, cooler local climates in summer, and greater continuity between inside and outside spaces.

The city of Singapore serves as one example for how these values could be translated into architecture and urban planning. Although considerably different from NYC, its ongoing effort since the 1950s towards becoming a true biophilic city—"The Garden City"—shows how collective ecological values can help shape more conscientious plans and policies for the built environment. As Singapore continually plans to improve quality of life through development, the Singapore Green Building Masterplan (SGBMP) has found success by incentivising developers to infuse greenery into buildings, aiding both biodiversity and the social life of the city’s residents.

Informed by an understanding of the garden as a place for close social interaction, long-standing community relationships, and vital leisure time for the mind and body, architects and planners in Singapore have found ways to enrich the urban landscape by layering plants on rooftops and saturating vertical greenery at different levels of buildings. Much of this is possible because the city takes a strong stance towards developers, only allowing them to build if they are willing to contribute to the betterment of the city. The city’s goal is to have greenery on at least 80 per cent of buildings (by floor area) by 2030.

One notable Singaporean architecture practice is WOHA, whose work incorporates greenery and multi-use, open-air spaces as essential elements in their architecture. Their 2016 book, Garden City Mega City, in collaboration with Patrick Bingham-Hall, describes strategies for designing high-amenity, high-density urban environments that provide a high-standard quality of life. Their rating system, used to measure the performance and general ecological outcome of buildings, has gained international interest and has been shared with the city councils of Paris, London, Istanbul, Taichung, and the city of Brisbane, which recently released new guidelines. With each new project, WOHA records the building's green plot ratio, community plot ratio, civic generosity index, ecosystem contribution index, and self-sufficiency index.

The subject of Amoia Cody’s provisions, the current NYC Zoning Resolution, has found success in supporting health-safety and general welfare of communities throughout the five boroughs. The Resolution’s primary focus is on the designation of uses—“R” (residential), “C” (commercial), “M” (manufacturing)—and the associated bulk restrictions, for purposes of light and air. Yet, aside from NYC’s (relatively weak) ability to leverage private development of public-use facilities in situations where penalties are exchanged for policy exemptions (such as the One Vanderbilt subway entrance, modernised by the developer in exchange for additional floor area), its zoning policies have not yet looked to incentivise any substantial, widespread integration of greenery.

The Green Density provisions display how NYC would incentivise developers to incorporate outdoor green spaces within new buildings from the start, in exchange for height bonuses, increased floor area ratios, and, if applicable, an ability to surpass established zoning boundaries. Displaying an approach wherein a developer or a group of investors sets out to rebuild an entire urban block, the provisions begin by re-evaluating residential zoning districts R5, R6, and R7.

Primarily suggestive, the examples featured in Amoia Cody’s Green Density Zoning Handbook were not made with the intent to be replicated; instead their purpose is to outline a mode of design that considers outdoor space equally as valuable as indoor space. As protocols, they seek to influence the ongoing development of the urban fabric across an entire field of varying scales.

In R5 and R6 districts, the Green Density provisions would allow building heights to increase by one bonus level in exchange for distributed open space throughout. Titled “R5G” and “R6G”, each example displays an interlocking, solid-void pattern that forms the perimeter of a shared community park. The centre of the R6G block consists of a varied topography, organised within a rotational pattern of indoor and outdoor, community amenity spaces.

In R7 districts, Amoia Cody’s “R7G” displays how high-rise building heights would not only be governed by Floor Area Ratio (FAR) and the Sky Exposure Plane (SEP), as is typically enforced. Incorporation of outdoor green spaces throughout the building mass with the installation of a solar roof cap and garden would permit buildings within these districts to surpass the SEP by up to three additional stories.

In the context of NYC, given its harsh winters and strict boundaries between public and private spaces, the Green Density provisions do raise a number of questions regarding access and the functional realities within these distributed open spaces. Yet if one thing is certain, the ongoing pandemic raised awareness of the numerous inadequacies of the built environment in NYC, from the unbalanced ratio between indoor and outdoor spaces to the limited opportunities for people to grow their own organic foods. As such realisations are compounded with intensifying impacts of climate, it is tenable to argue that needs for alternative systems of rainwater collection, new spatial and material standards, and other benefits of eco-oriented models will only intensify.

The Green Density provisions alone are far from a total solution, but an implementation of their basic premise could help NYC deal with some of these challenges as the city continues to be developed at an unprecedented scale. These provisions advocate that, perhaps now more than ever, it is crucial to take matters of environment and wellness into account in all sectors of policy making, especially those related to urban development. 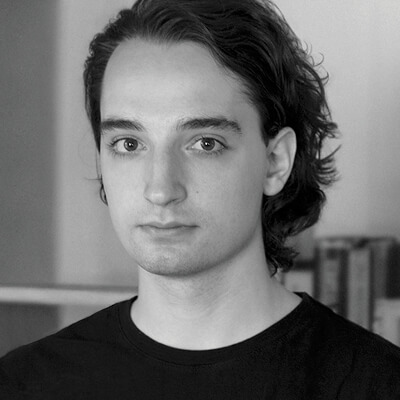 Steven, born 1996, studied at Yale School of Architecture (2022) and the New York Institute of Technology (2019). He has practised in architecture offices in New York City and the Hudson Valley.

Steven, born 1996, studied at Yale School of Architecture (2022) and the New York Institute of Technology (2019). He has practised in architecture offices in New York City and the Hudson Valley.

The Zium Gallery shows us how to do virtual art galleries the right way Oct 04, 2022

A conversation on methodology and process with SPASM Design Architects Sep 22, 2022