The 'House of the Earth' in Catalonia, Spain, negotiates our inherited understanding of primitive architecture with contemporary technology.

C'an Terra, in Catalonia, Spain, translates to 'House of the Earth'. This golden-ochre cave-dwelling lets us inhabit a reality that is alternate and seems primitive to how we live in the 21st century. There are prehistoric stone megaliths (Taulas and talayots) and underground quarries (Padreras) all over the island of Menorca in Spain. These are the main sources of excavating the Marés stone (Piedra de Marés). The Marés, a soft sandstone, is formed when sand from decomposed marine skeletons re-compresses. For many centuries, it has been the primary building material on the island. Many structures have since disintegrated, and like other natural materials, Marés is part of a longer cyclical natural process. With the rise of machines and exports, most quarries have been left exhausted, and with them, the craft of cutting stone with hand tools (Trencador de Marés).

In 2017, the architects of Ensamble Studio discovered an abandoned quarry, which in the 1930s served as an army barrack during the Spanish Civil War. The rock is removed from the softest parts, which has resulted in fragmented yet intersecting volumes. Unlike most naturally occurring caves, these follow an orthogonal logic. Rhythmic imprints of hand movements, carved through the stone, are inscribed on its surfaces. These marks and the domestic scale of the spaces (150 ft at their deepest, 30 ft at their highest) suggest a manual, non-machinic intervention.

The density of the stone has determined the paths of action and, therefore, the terrain of the surfaces. The architects have built into these terrains that create niches and levels and have aligned several domestic functions within them. Minimum interventions of metal tables and soft cushions complete these functional pockets. The rest of the floor is left unoccupied.

We are reminded of Frank Lloyd Wright's Fallingwater and Ennis House. The interdependent yet individual pockets of activity scattered across an open floor plan allow for the intimacy of scale and use. Skylights have been carved through the rock and let light percolate into the deepest of spaces. Under one skylight, in contrast to the rest of the cave, is a subterranean garden with an olive tree growing toward the light. The architects, in their manifesto, state, "Our work has no pigeonholes, no barriers. We design the shadow to obtain spaces of light and we can build with heavy elements to obtain weightless and transparent spaces."

In the cover image of Ensamble Studio’s manifesto, the principal architects, Antón García-Abril and Deébora Mesa are looking up from this garden at the light percolating through the skylight intervention. In a video, they describe this project as a life-long ambition, always evolving and adapting yet constantly aligning to this manifesto. Another point from it reads, “We go to the origin of the processes, to the raw materials, we try to arrive at the essence of the elements and construction systems. And this scientific understanding enables extreme freedom to operate outside the preconceived processes.”

A new material mix was tested with cement and crushed Marés stone as aggregate. With this new mix of materials, horizontal roof slabs with built-in ventilation systems have been made, where required, to maintain the continuity of the surfaces. The drawings presented by the studio are not AutoCAD exports made on a blank template. Instead, they are images of domestic activities collaged onto LIDAR scans of the caves, derived from the many laser beams thrown into the space. The process of making architecture seems to have been turned on its head.

This derived process aligns with their manifesto that states, "We do not ignore history; we have studied it and we reread it with every project. But we use actual technology and we face the problems of our present times.” The beginning of John Berger’s Ways of Seeing is “Seeing comes before words," and this project teaches us that it also comes before architecture. He continues, “It is a way of establishing our place in the surrounding world, and we explain the world with words (in this project, with architecture), but we can never undo the fact that we are surrounded by it.”

Later, Berger talks about how the camera changed the way artists made pictures, which pushed the limits of art as we know it today. Correlating this statement with the processes devised by the studio—the development of new imaging and laser technologies in the 21st century is changing how we see the world we live in and build in. The architects state, “In lieu of the imposing action that we often exert on the environment, we propose a trip to the interior being of matter, and recognise the beauty of the spaces that are waiting to be lived.”

There may be less reason than ever to celebrate architecture with a capital A and more reason to focus on architecture's "alternatives." C’an Terra perhaps makes a return to this building type, however, arriving at it through contemporary technologies. 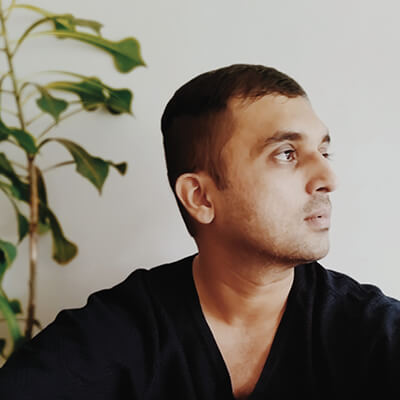