Larger-than-life photographs, handpicked objects, apparel and more take over Armani/Silos in Milan to mark the 40th anniversary of Emporio Armani.

The Italian fashion designer Giorgio Armani, a polymath and a global fashion icon, has frequently proven himself as a precursor. It's no wonder that the mogul's empire stretches across continents and contains within it, well, everything—be it haute couture, plush furniture, coffee table books, restaurants, hotels, cafés, chocolates, perfumes, and more. But within this wide and creative universe, perhaps the most popular label is Emporio Armani, a widely known label that promotes democratic fashion, but with no formal manifesto. The intention and identity of the luxury brand was one-of-a-kind, one that created a sense of belonging and offered accessibility—ready-to-wear fashion for everyone. Its logo too references inclusivity with the signature eagle; one that represents a free-spirited attitude, lack of borders, and open horizons. It's no wonder that to celebrate the legendary brand's 40th anniversary, Giorgio Armani personally curated an exhibition titled, THE WAY WE ARE, which is on view at the Armani/Silos museum in Milan till February 06, 2022. This is an opportunity to truly experience the four decades of an innovative and transversal brand.

The exposition, unlike any other retrospective, focuses on the contemporary identity of the brand. The show's concept also stems from the egalitarian spirit of Emporio Armani, and its timeless values—what made it relevant in 1981 (when it was established) and even today. It aims to create an ex-post manifesto, one that captures the essence of Emporio Armani: four decades of the brand's history translated through clothes, photos and videos that summarise its spirit and philosophy of identity, community, and sustainability.

A microcosm of the world of Armani is ensconced within Armani/Silos’ seven spacious rooms—larger-than-life photographs take over walls, and mood boards, videos and apparel occupy every visible space. A series of objects, motion films, accessories, and an overwhelming emotion is displayed carefully in each room. Here you can admire pieces from the archives, from small aviator jackets to rows of impeccably cut suits—fitted or loose—and the Armani felt hats and flat lace-up shoes. There’s a fascinating section dedicated to three creators who have reimagined photographer Aldo Fallai’s iconic images. For the uninitiated, Fallai was quintessential to the brand—he met Armani in the 70s and both discovered their shared love of creating a new menswear. Fallai picked up the camera to assume the role of Armani’s visual interpreter and together they defined ‘the Armani man’. Old commercials produced by the American director Martin Scorsese at the end of the 1980s, Armani’s iconic black and white advertising campaigns featuring David and Victoria Beckham, Ronaldo, Rafael Nadal and Megan Fox and Milla Jovovich can be seen on the walls. Each apparel and video in this exhibition has been personally chosen by Giorgio Armani. He shares, "Emporio Armani was born in 1981—far ahead of its time. I imagined it as a line with which to experiment, capturing new trends and introducing fashion for all; a container in which everyone can find something and make it their own, interpreting it in a personal way. Today it represents the cross-cutting and dynamic version of my concept of style, and it has not lost its initial spirit of individuality and community, of research and freedom. These are the values I wanted to emphasise with this exhibition, because Emporio has always been a brand strongly anchored in the contemporary world, reflecting the energy and vitality of the metropolis, capturing its beat, and offering an experience made up of clothes, accessories and ideas.”

The exhibition also marks the revival of the Emporio Armani magazine. This is the 19th edition, edited by Rosanna Armani with art direction by Christoph Radl and creative consultancy by Antonio Moscogiuri. The magazine was originally an extension of Westudd, an art magazine founded in Florence in 1984. At the time, the magazine was considered a revolutionary one, as it not only explored the world of Armani but also unabashedly reflected on the changing social issues and trends through photographs taken by the likes of Peter Lindbergh and Aldo Fallai. On this special occasion, Armani relaunched the magazine, which has hit the newsstands, 23 years after the launch of its last edition.The issue, titled ‘The Way We Are’, is a special edition which brings together fashion and editorials from a host of international collaborators and authors. What’s most special in the issue are the spreads by six world-renowned photographers—Aldo Fallai, Max Vadukul, Julia Hetta, Nico Bustos, Matthew Brookes, and Brett LIoyd— who have interpreted the Emporio Armani collections. Each spread is introduced with a short story written by film critic, Mariarosa Mancuso. On the cover is a picture of Mars—which connotes to ‘Living in the moment’, something that has been an omnipresent theme in the Armani world.

Another impressive detail of the exhibition is its support towards education and school dropout prevention programmes championed by Save the Children. Armani Emporio has been a cultural and social phenomenon right from the start—from its deep dive into fashion, people and current trends. The show truly captures it all through its mega, 360 degree display that leaves you weak in the knees.

‘Again, From the Earth’s Foundation’ composed verses of nature-infused design 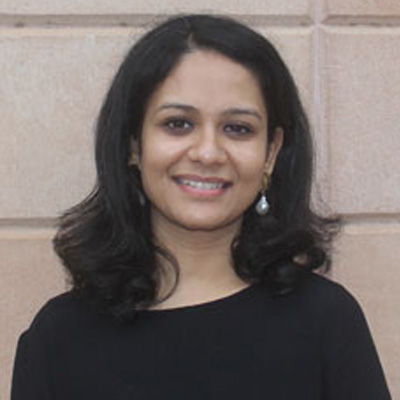 Aditi is a UK-based content specialist with over 10 years of experience. She is the former Digital Editor of Architectural Digest, and has worked at other leading publications in India. Her love for design, art and everything in between has fuelled her career and choices. In her spare time, she volunteers at local animal shelters and welfare organisations.

Aditi is a UK-based content specialist with over 10 years of experience. She is the former Digital Editor of Architectural Digest, and has worked at other leading publications in India. Her love for design, art and everything in between has fuelled her career and choices. In her spare time, she volunteers at local animal shelters and welfare organisations.

'Horror in the Modernist Block': an artistic inquiry of horror in modern architecture Nov 04, 2022