STIR visits the Vitra Fire Station in Weil am Rhein in Germany to pay tribute to Zaha Hadid, who created fluid structures through geometric shapes, on her fourth death anniversary.

The Pritzker Prize Laureate of 2004, Dame Zaha Hadid, often known as the ‘Queen of the Curve’, has been one of the most influential architects of the 21st century not only for her complex designs but also for her experimental architectural drawings and paintings. Much of her work was also referred to as ‘deconstructive architecture’, and later in her career bold fluid forms also came to be known as a characteristic visual style in her designs.

Born in Baghdad, Hadid started studying architecture at the Architectural Association in London after studying mathematics in Iraq. As a student, she became interested in Russian Suprematism and thus, in the works of its creator, the Russian artist Kazimir Malevich. Malevich invented a style of art, which allowed one to explore greater spatial freedom and break away from the notion of an image or narrative through the use of absolute geometric shapes.

After graduating with a diploma degree in 1977, Hadid soon became a partner at the Office of Metropolitan Architecture (OMA) along with Rem Koolhaas and others in the Netherlands and went on to set up her own firm in 1980 by the name Zaha Hadid Architects. While she worked on small projects, a few of them realised, it was not until 1993 that one of her first major projects, the Vitra Fire Station in Germany saw the light of day.

The Vitra Factory campus houses pre-existing factory buildings between which the fire station was to be built. The street running from the museum to the other end of the factory site is envisaged as a linear landscape zone. Thus, the building draws its linear patterns from the adjacent fields and vineyards in order to act as a connecting element rather than an isolated object. The building is a series of layered walls, along with a pointed roof. Layers of tilted walls envelope programmes such as a garage for fire engines, showers and changing rooms for firemen, a conference room and a kitchenette. The long, linear and narrow building, marked by framed glazing, only reveals its internal spaces from a perpendicular viewpoint that adds an element of surprise.

The angular walls of the toilets and shower rooms created a sense of  certain urgency. “The building is designed such that even while the firemen were performing their routine activities, there was always an element of alertness to rush to aid when the alarms started to ring,” explained the guide during my visit to the Vitra Fire Station last December.

The simplicity and clarity of the built volume is reflected through the clean, exposed, reinforced concrete in-situ finish and absence of any edging or cladding materials. The architect tried to achieve transparency of spaces even through the opaque concrete. Rays of light permeate the interior spaces with precision and logic, amplifying the use of exposed concrete and glass to create spaces. The track lines on the pavement direct the fire engines in the garage through two large movable panels. The back of the building also has insitu concrete benches which mirror the building’s sculptural qualities.

The project, conceived as a formation of lines into volumes, defines spaces rather than occupy them. Every element in the building signifies alertness, urgency and a direction as if the building was in constant dynamic motion, however frozen in time.

Through explorations in concepts of explosion and fragmentation, Hadid developed the Vitra Fire Station as a linear building ready to burst into motion. These discoveries led to ideas such as the layering of drawings over one another-like a form of reverse archaeology- where the lines of a drawing became volumes of the building to assert a sense of movement. Describing Malevich’s Dissolution of a Plane (1917) as a development of geometric forms beyond the planar into forces and energies, Hadid explored ideas about how space itself might be distorted to increase dynamism and complexity without losing continuity.

The Vitra Fire Station thus affirmed Hadid to rise from the title of a ‘paper architect’ and break through the notion of drawings and representation of architectural projects. Her unusual style of imagining built form would go on to assist her to create some of the most dynamic works in the modern architectural world.

The building now serves as an exhibition space, showcasing works of Frank Gehry and other well-known architects. 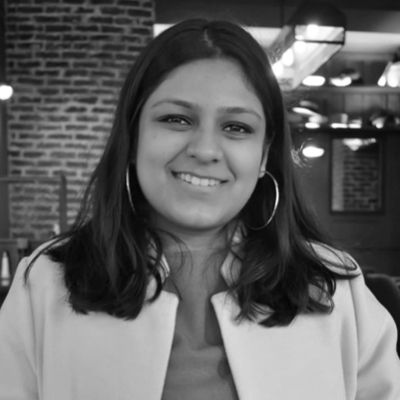 Shreya is a student of architecture at the Kamla Raheja Institute in Mumbai. Having travelled many countries, she has honed her photography skills and developed a keen eye for design. Her other interests include reading and watching movies.

Shreya is a student of architecture at the Kamla Raheja Institute in Mumbai. Having travelled many countries, she has honed her photography skills and developed a keen eye for design. Her other interests include reading and watching movies.