The long walk home: loss of jobs in the construction sector and the real solution

What created the unskilled Indian migrant labourer? Can a futuristic plan of action for housing, health and development solve the problem? Architect Ranjit Sabikhi runs a reality check.

Since the lockdown in mid-March 2020, large numbers of daily wage workers in Indian cities lost their jobs and started walking back home. It is estimated that over 20 million migrants have been on the move and can still be seen walking along highways and major roads.

There are approximately 40 million migrant labourers in the country, of which 40 to 45 per cent are employed as unskilled labour on building construction sites. It is of interest to take a closer look at the building construction industry that has been growing steadily in India. As an architect who has been directly involved with the construction of buildings, I have closely observed how the process of construction has changed and evolved. In the early 60s, there were very few firms of building contractors capable of taking on the implementation of large projects. Most of the medium and small-scale contractors consisted of a team of mistris along with daily wage labour. It was recognised that it was necessary to train large numbers of skilled workers for building work, and a number of industrial training institutes (ITIs) and other institutions started specialised courses. The supply of skilled craftsmen however did not keep pace with the increasing demand. Contractors did not improve their site organisation skills with proper management of material and manpower, and pert charts for cost and time control. Even today, despite the growing complexity of building systems, most construction sites are poorly organised.

As the demand for development in several cities across the country increased in the 70s, many new construction firms were started, and the training of skilled labour was increased. This improvement was disrupted by a massive building boom in the Middle East, which started around 1975, and extended for a period of over 10 years. In order to take advantage of the demand for construction skills at higher building costs, a large number of contractors took up projects in the Middle East. This started an exodus of skilled labour from many parts of the country. During this period, governments both at the central and state levels were happy to receive substantial foreign exchange earnings but did not take advantage of this boom to initiate the training of skilled craftsmen. Despite increased demand for construction work today, the building industry remains hopelessly outdated and disorganised. This is why we still have large numbers of unskilled daily wage workers forming part of the construction work force.

The average wage for eight hours of work for an unskilled worker on a building site is INR 300-350 per day. Those who have acquired skills like brick laying, concreting, and bar bending, are paid up to INR 750 per day. Such workers form part of a team assembled by labour contractors that are moved from site to site as per demand. There is no guarantee of continuous work despite the passage of several Labour Acts, and they are dependent on the labour contractor who retains a part of their wages. From their wages, workers have to pay for housing and food for themselves and their families. Living conditions are minimal with five to six workers sharing a room with unhygienic toilet facilities. Due to the lockdown, over the last couple of months they have not been paid and have had to depend on their savings. With diminished savings, and house owners demanding payment of rent, they are left with no option other than to head for home and be with their families.

Working conditions on building sites vary. On projects of medium and large size sites, there are site offices with facilities for site management staff. For the large number of labour involved in construction, there are minimal toilets, and no proper areas for eating or resting. What is most alarming is the absence of proper safety provisions for the workers. This includes the absence of helmets, safety harness, suitable footwear, and gloves. To save expense, contractors often do not provide hoists on building sites that are three to four floors in height. It is common to see men and women carrying bricks, concrete, and other building material on their heads, walking up makeshift ramps made of bamboos. Many contractors do not use proper metal scaffolding, resorting to the cheaper option of wooden ballis. Conditions on such sites are not particularly safe, but there is no enforcement of regulations. No proper safety railings are provided in staircases and at the edge of floor slabs, which often lead to serious accidents.

On the construction sites of the larger building contractors, conditions are marginally better. The major failing in most cases is the lack of proper site management. In almost all cases, provision for the welfare of labour is minimal. From 1976 onwards, a series of labour acts have been enacted but not effectively enforced, as a result of which there is no guarantee of regular income, and living conditions for daily wage workers in industry and in building construction remain abysmal.

Living conditions in most villages are marginally better. The government’s claims of having provided toilets in every village home are deceptive, as most toilets do not work. Most villagers cannot afford the LPG gas cylinders that have been made available. Despite this, workers would rather be with their families than be miserable in the cities. So, for the last two months they have been on the move, on their way back home.

The government’s attempts to address the problems after the lockdown are short sighted. The Finance Minister made proposals which included a proposal to transfer cash to migrant workers during the lockdown, another to provide free food and work under the MGNREGA (Mahatma Gandhi National Rural Employment Guarantee Act) scheme when they return home, and also a relief package of food for each family free of cost irrespective of whether they had a ration card. Not one of these proposals has been implemented. All have been abandoned because of the absence of a comprehensive database on migrants. Feeble attempts are now being made to arrange transport by bus and train. In the trains, migrants have protested on account of the lack of food and drinking water, as well as long unscheduled stops. Migrants are disheartened and would rather walk home than depend on help from the government.

A lot now depends on how the authorities address future needs following the lockdown. The government should adopt a farsighted futuristic plan of action. This is an opportunity to adopt a whole new approach to future development in our villages, towns, and cities. As conditions improve, there will be a growing demand for more building construction. Along with the growth of new industries, several new industrial towns located on major highways will expand and grow into future cities. Such development will inevitably provide opportunities for the employment of both skilled and unskilled labour. Instead of having labour living in shantytowns, it would be good to establish proper labour camps on substantial areas of land. These could be carefully planned as mini-townships with schools, health centres, local markets, parks, and some basic community facilities. Housing for workers could be both in the form of dormitory structures, as well as small plots with electricity, water, drainage and sewer connections, and a small toilet. These could be sold at affordable cost to workers, who would build minimal homes that they can improve and expand over time. The township must be conceived on the basis of change and growth. It would be essential to provide substantial area of land for the township to grow. The underlying principle of development would be the cross subsidisation of cost. A basic surcharge on the areas of industry, and upper income housing, would help finance and maintain the workers’ township. The authorities will need to provide the necessary support and legal structure, to ensure that such developments as they become viable are not taken over by politicians and land sharks for personal exploitation.

An important component of each township would be a training school for the development of building related and industrial skills, financed and supported by industrialists and builders, ensuring both training and employment. The Building Skills Institute with proper planning could become the nucleus of an educational campus. For such concepts to become reality, the provision of adequate land with a planned framework for future growth is essential.

Similar to the development of industrial towns, a series of mandi towns could be developed, suitably located at a regional level for the sale of agricultural products. Agricultural Institutes here would provide training in the use of improved agricultural technology. If developed with foresight, such mandi towns would provide employment for locally available labour, and grow into cities over time.

If government policy were to be framed around the need to provide meaningful employment for the large number of migrants returning home, linked to the development of a planned system of regional growth centres, it would help in the dispersal of large numbers of people across the country. 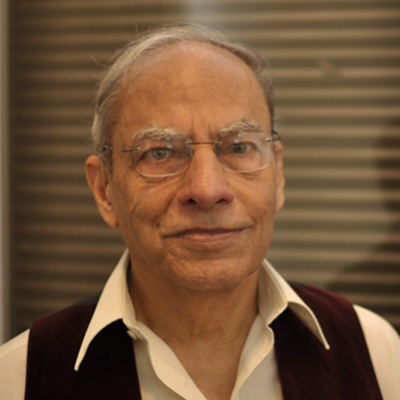 Ranjit is a distinguished architect and urban designer who has been in practice since 1961. One of the pioneers of modern Indian architecture, he taught at the School of Planning and Architecture, New Delhi, from 1959-1975 where he was Professor and Head of the Department of Urban Design. He has been a Visiting Critic to the Urban Design Program at the Graduate School of Design at Harvard University, and the School of Architecture at Washington University St. Louis.

Ranjit is a distinguished architect and urban designer who has been in practice since 1961. One of the pioneers of modern Indian architecture, he taught at the School of Planning and Architecture, New Delhi, from 1959-1975 where he was Professor and Head of the Department of Urban Design. He has been a Visiting Critic to the Urban Design Program at the Graduate School of Design at Harvard University, and the School of Architecture at Washington University St. Louis.

In collaboration with Norm Architects, the brand yields three new furniture designs displaying a conjunction of their respective stylistic expressions.

Exploring the Atlantic Ocean through ‘One-Fifth of the Earth’s Surface’ Apr 01, 2022

The 38th edition of Art Brussels shifts the artistic and cultural scene in Europe Apr 14, 2022

‘The Lost Passage’ weaves art & technology through a swarm of artificial pigeons May 06, 2022

BENT Architecture designs a ‘mausoleum in a garden’ for the Gallery of the Saints Apr 16, 2022

Entangled Others Studio: Iterations of entanglement through generative art May 14, 2022